Although di Grassi briefly took the lead at the race start from poleman Oliver Rowland, he suggested that he had underestimated the amount of water on-track over the first lap.

This caught him out when eventual race winner Mitch Evans attacked into Turn 1 and then Rowland re-passed him through the stadium complex prior to the red flag period caused by an eight-car pileup at Turn 21.

Di Grassi explained that the formation of a dry line through the race meant that he was unable to make amends, and instead focused on returning to the Venturi team's garage with a strong haul of points to give the Monegasque outfit a chance in the teams' title race. It trails its powertrain supplier, the works Mercedes team, by 31 points with one race remaining.

His podium finish lifted di Grassi to fifth in the standings and a career total of 1009 points in Formula E, which will be added to another landmark on Sunday when he is set to become the first driver to start 100 races in the category.

"Today has been a very emotional day," di Grassi stated.

"Crossing that personal mark of 1000 points is such an honour and a privilege especially competing with such a high-level field of drivers that we have in Formula E.

"For me, it's a dream come true. The objective that we had in arriving here in Seoul was to help the team to win a constructors' title. And I did the best I could today.

"We were competitive in the dry, then qualifying caught us on the back foot - but we managed to go through in the wet to start again in the front row, which was very key.

"In the very beginning, probably we misjudged how much water there was on the track, but in the race we were very competitive. 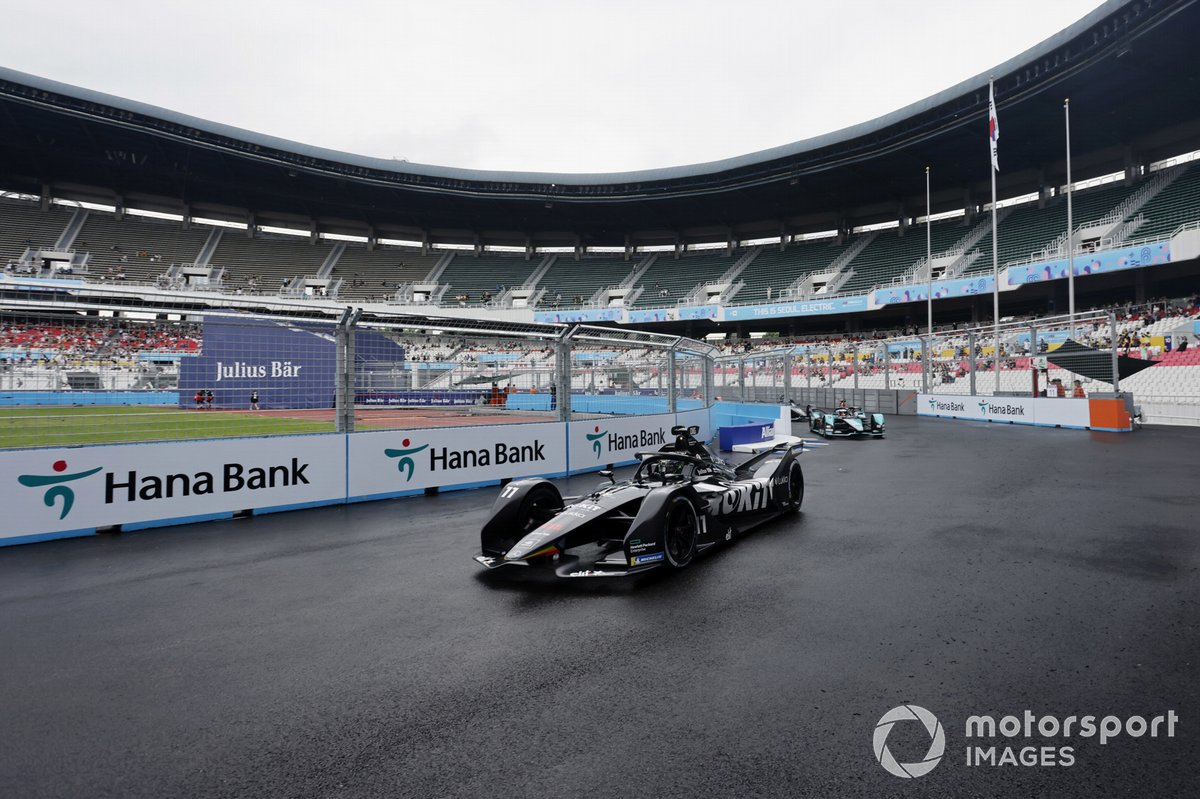 "I was trying to get to stay close to Oliver and try to get away from [Jake] Dennis but the track was very hard to overtake on, especially drying out and with the wet line it was impossible to attack.

"So in the end I settled for third, my 39th podium and for the points for the team.

"I did the best I could today, so I'm going to go to the hotel happy and be ready for tomorrow. If it doesn't rain we are competitive, but if it rains we're going to push very hard again."

Di Grassi will extend his stay in Formula E for a ninth season, and will link up with Mahindra for the new Gen3 era in 2022-23 as he joins fellow Seoul podium-finisher Rowland for next year.

He spoke a little in the post-race press conference about his decision to move to the Indian team, citing the potential that the team has as all teams start with a clean slate with the revamped regulations.

"I said to Dilbagh [Gill, Mahindra team principal], it's not because he's hired me that I would allow Oliver to win the race easily today!" he quipped.

"I think there will be a lot of changes probably, I think Jaguar is maybe the only team that is not changing [drivers] for next season.

"If you're going to change teams, I think it's a great opportunity to go to somewhere competitive and I chose Mahindra because I think they have a really good base, they have really good people - they haven't been able to show, especially in this generation of cars, the true potential of the car.

"The team has a big potential and I think in general, with Oliver being an extremely quick and consistent driver, we're going to have a very good line-up to be able to fight for at least for some wins and some consistent points."