Antonio Felix da Costa says Formula E will be “the joke of the week” and has blasted FIA claims he could have changed the outcome of the Valencia E-Prix.

The controversy boils down to a 15-second window at the restart following the final of five safety car periods, when erstwhile race leader da Costa crossed the line with enough time remaining to set up a two-lap sprint finish.

FIA director of Formula E Frederic Bertrand told media this was “clearly making life difficult” for other drivers when da Costa potentially had the “option” to slow to leave only a one-lap climax.

But teams have placed the blame with a 5kWh energy reduction made during the final safety car period and then having an insufficient number of laps remaining to recover the lost energy.

The teams have not placed any fault on da Costa, who then tumbled down the order on the final lap of the race as Nyck de Vries swept past to win.

Da Costa took to social media to absolutely refute the FIA’s justification for a controversial final lap in which three of the nine classified cars slowed to “pit-limiter” speeds to make the finish.

The Portuguese said: “I’m sorry, but I can’t accept this [from the FIA]. If I go even slower under [the safety car], how many teams would have protested me at the end?

“And also, if I go slower, they would have reduced more energy. Today it was only on the hands of the FIA to save all of us from this.”

Da Costa also told Autosport that Formula E will be “the joke of the week”, given an anticipated increased audience tuned in to see the championship debut on a permanent track at the Circiuit Ricardo Tormo. 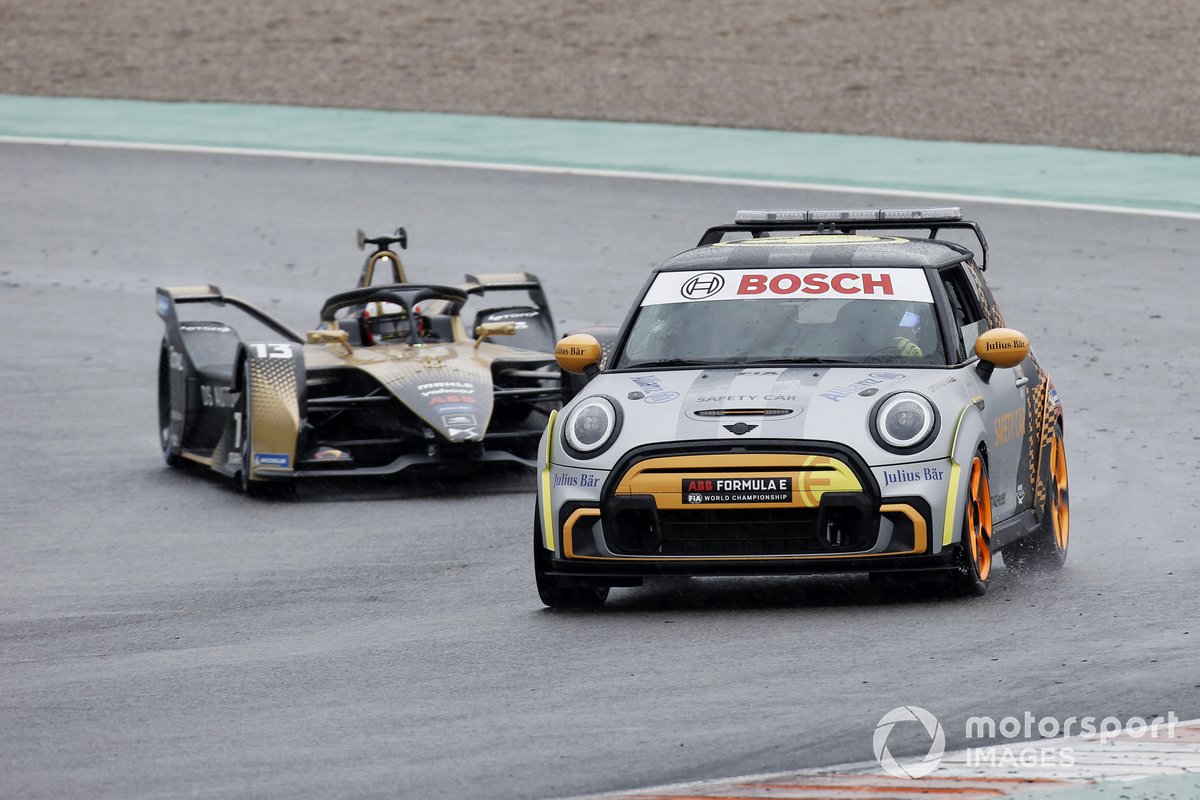 He said: “As a motorsport fan, today was a big day for Formula E because it’s the first permanent circuit race that we do.

"I’m sure we attracted some new eyes, some not-convinced people to watch us and to give them a closer look.

"That is not what Formula E is all about. It’s not the image we want to pass. We will be the joke of the week, I guess.

“It’s not a good day for us. I feel sorry for the fans.

“As a driver, this one hurts a lot. There’s not much we could have done.

“Theoretically, I’m excluded, I’m out of the race because I used too much energy by 0.1.

“In the end, the team and everyone is hurt. Everyone is down.

“It’s painful. You cannot believe it. The engineers are down there and sad.”

Asked to recall the moments when his race engineer conveyed the news he was not going to be able to convert his long-held lead into a first victory of his title defence, da Costa told Autosport: “I got a call for the energy reduction, but when they gave me the call I was like ‘are you sure?’

“It seems wrong that I’m not going to arrive.

“I’ve gone from being all good and I might win this race to I am not coming home tonight.”