Mercedes driver Nyck de Vries scored victory in a farcical Valencia E-Prix in which half the field ran out of useable energy and were disqualified.

This came after a safety car start and a further four safety car interruptions during a wet race meant almost every team miscalculated energy to leave only 12 cars running at the flag.

However teams are putting the blame on the energy offset, the reduction that comes with each safety car activation, being miscalculated by the FIA.

That led to a spate of near-immediate disqualifications in the most bizarre finish to a Formula E race so far in the seven seasons of the championship.

Da Costa had led away after wet conditions resulted in the third safety car start from three races.

He held a 1.7s advantage at the end of the opening tour when the first in-race safety car was called. 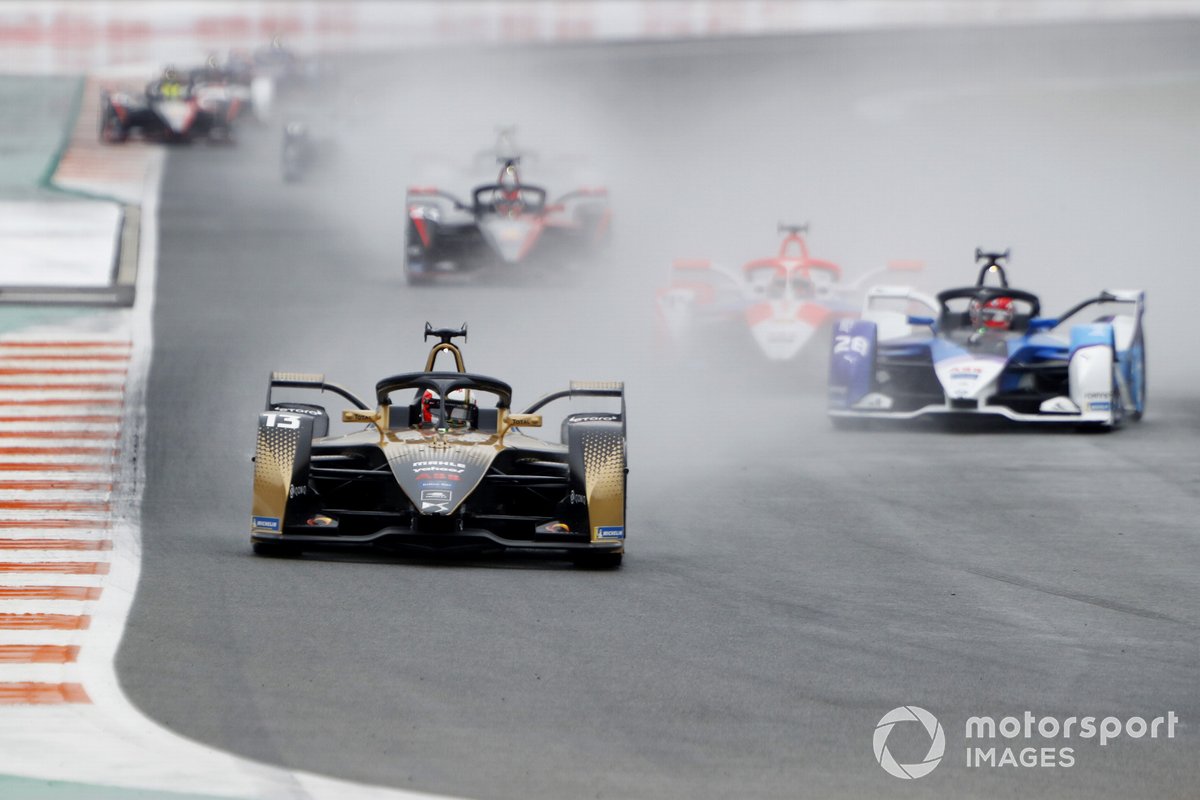 This came as a result of Porsche driver Andre Lotterer battling with Norman Nato, misjudging the entry into the tight Turn 9 and spinning 2015-16 champion Sebastien Buemi.

While Lotterer could continue from that crash, the rear wheels of Buemi’s Nissan e.dams remained beached in the gravel.

Da Costa again managed the restart with no issue but another safety car was called soon after when BMW Andretti racer Maximilian Guenther lost the rear end under braking for Turn 2 and pitched himself into the gravel.

The efficient Spanish marshals allowed the race to restart promptly before another stoppage.

This was initiated by Mitch Evans, who had just taken attack mode, lunging into the side of Dragon Penske Autosport racer Sergio Sette Camara at the apex of Turn 9.

That put the Brazilian in the gravel, meanwhile Dragon team-mate Nico Muller and Stoffel Vandoorne - who had qualified on pole, only to lose all his times for a tyre infraction - tagged down at the same corner and were then running down in 18th and 19th places.

Da Costa had been in control of proceedings, leading by up to four seconds, as de Vries recovered on merit to second from a five-place grid penalty served for a crash in the previous Rome race.

But a late safety car – called for Lotterer taking out Edoardo Mortara at Turn 1 – turned the race on its head.

The field crossed the line with a two-lap sprint to the finish. Starting the last lap, Da Costa hit energy limits and slowed immediately on the run to Turn 1 to give long-time pursuer de Vries the lead. 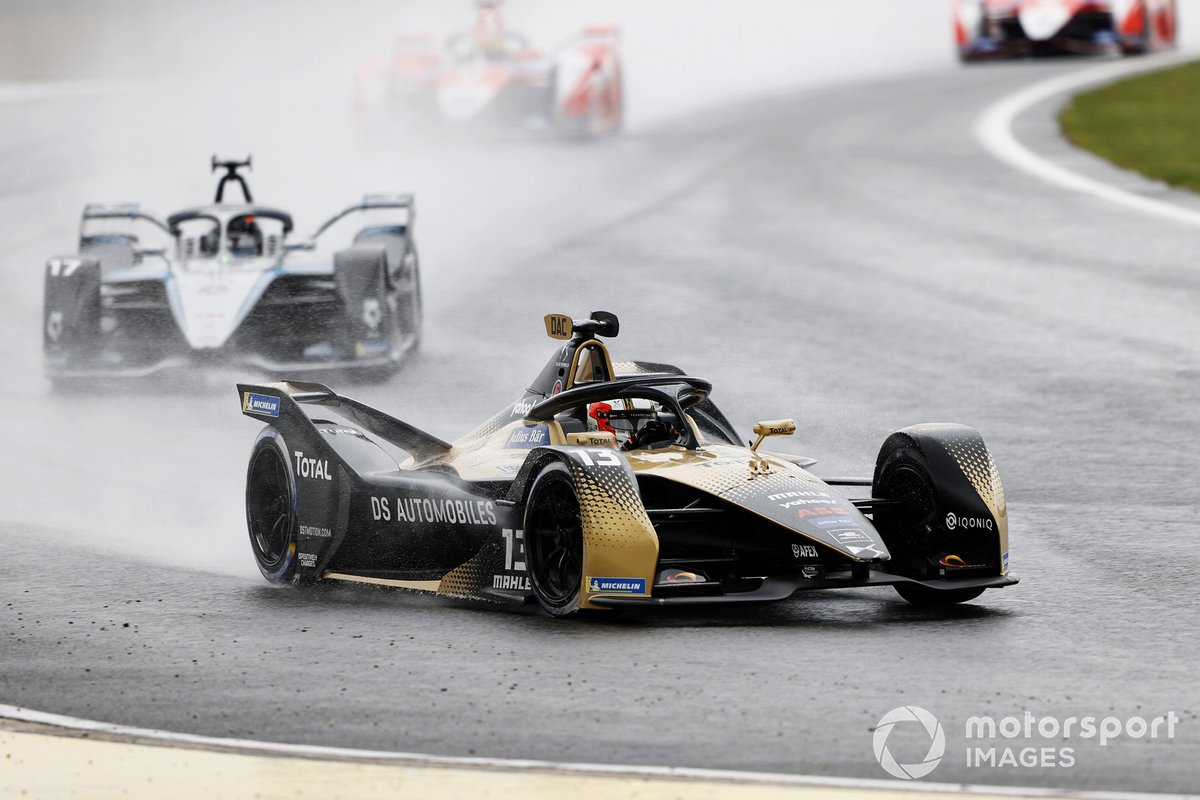 He was chased over the line by Oliver Rowland (Nissan e.dams) and Alexander Sims (Mahindra), but both were subsequently disqualified for energy overuse.

As many drivers slowed on the track, it allowed 22nd-starting Muller to finish a most unlikely runner-up - the Dragon team's first podium since Jerome d'Ambrosio in Zurich in 2018 - as Vandoorne capitalised for the final step on the podium after starting plum last.

Da Costa crossed the line seventh, ahead of second-starting Alex Lynn (Mahindra) and pre-event points leader Sam Bird (Jaguar), but all three were also disqualified after the race for energy overuse.

Lucas di Grassi thus inherited seventh ahead of Jake Dennis and Jean-Eric Vergne, who were the only other drivers to be classified and avoid disqualification.