The Brit, who has signed with the newly independent Andretti Autosport race team for 2022, backed up his FP1 leaderboard-topping pace with the fastest time on Saturday morning.

Dennis posted his flying run with three minutes remaining of the half-hour session at the Tempelhof Airport venue and at the time had held a mighty 0.319s advantage.

However, di Grassi’s late run to second knocked current championship leader de Vries into third, the Mercedes driver having only been 22nd fastest with five minutes left on the clock.

Robin Frijns, who after a very early Turn 4 glance with the wall, consistently ran at the top of the times throughout the switches from race power to attack mode and into qualifying runs.

The Envision Virgin Racing driver ended up with the fourth-best time, running 0.397s off Dennis while Porsche’s Pascal Wehrlein completed the top six.

Maximilian Gunther, teammate to Dennis who set the third-fastest time in first practice on Friday afternoon, was fourth tenths adrift and ran to sixth ahead of Stoffel Vandoorne. 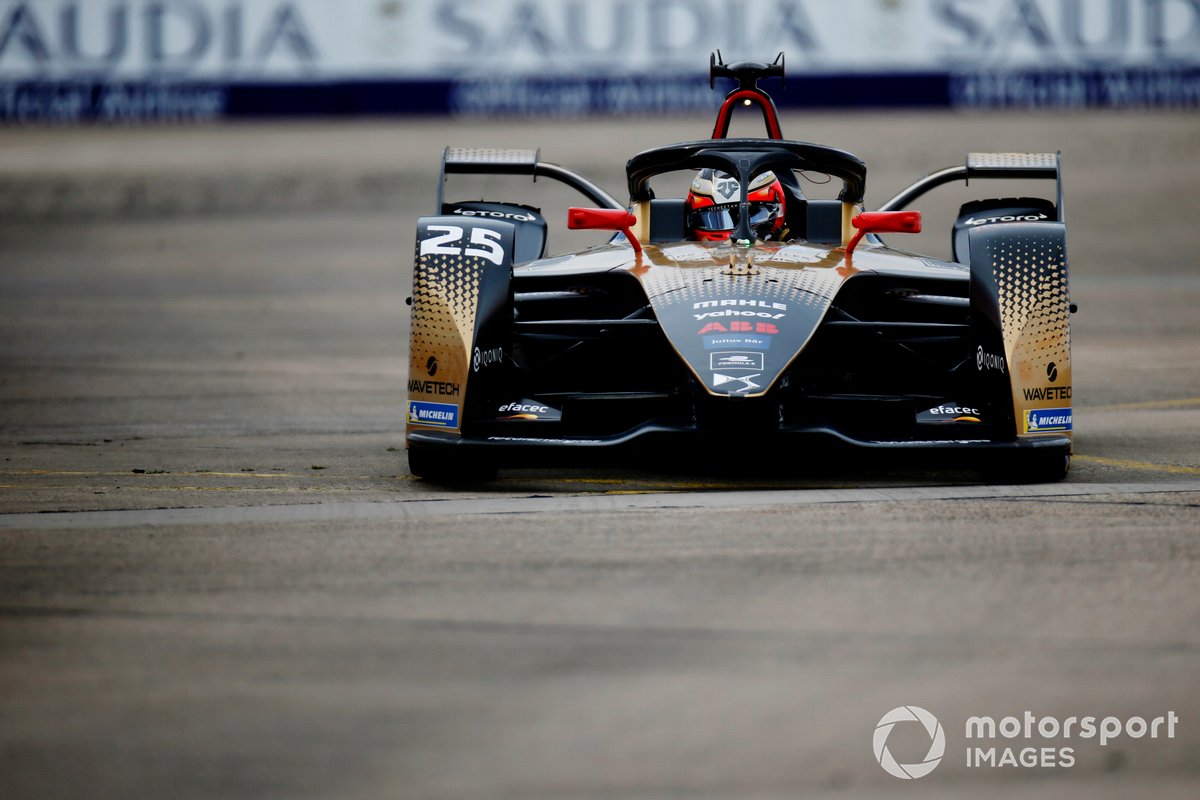 The French racer was fifth in first practice after the qualifying simulation runs, but notably was the second-fastest driver in the lesser-powered 235kW and 200kW sprints.

He backed up that underlying pace at a circuit where he won last year, as Vergne headed di Grassi in the 200kW laps and Vergne ran immediately to the top over da Costa on his first switch to the attack mode boost.

Norman Nato rounded out the top 10 for Venturi Racing as the rookie fights to keep hold of his seat for next season amid heavy rumours of di Grassi joining after Audi’s departure.

The Dragon Penske Autosport team massively limited the mileage of its two drivers, as Sergio Sette Camara had only delivered two laps before his final flying run to 11th.

Sam Bird, who could fall out of group one qualifying after race one to tee-up a title charge from group two on Sunday, was 12th over a strong late run from NIO 333’s Oliver Turvey.