Jake Dennis topped an opening Formula E free practice session for the double-header 2021 Berlin E-Prix title decider in which the top seven were covered by under a tenth.

The rookie, who won the first race in London last time out, ran fastest for his BMW Andretti team as the German manufacturer readies itself to quit the series after its home race this weekend.

The fastest time from Dennis, whose services it was announced today will be retained by the newly-independent Andretti Autosport team for next season, was a tenth adrift of the laps set in the equivalent first practice on the anti-clockwise track last year – with the Sunday race to switch direction.

Maximilian Guenther, whose future is yet to be agreed, completed a BMW Andretti 1-3 as he earned the third best time and ran only another two thousandths slower than Dennis.

Alex Lynn earned fourth for Mahindra Racing to copy his strong one-lap pace from Berlin last year, although the rear-bias car weight could overheat his tyres in the race on the abrasive concrete.

Two-time champion Jean-Eric Vergne ran to fifth for DS Techeetah ahead of the Mercedes fight led by Stoffel Vandoorne.

Mitch Evans completed the top seven but was still only 0.086s adrift of Dennis.

However, combined with team-mate Sam Bird running to 16th, the display did not entirely diminish concerns over Jaguar Racing’s historic struggles at the Tempelhof Airport circuit. 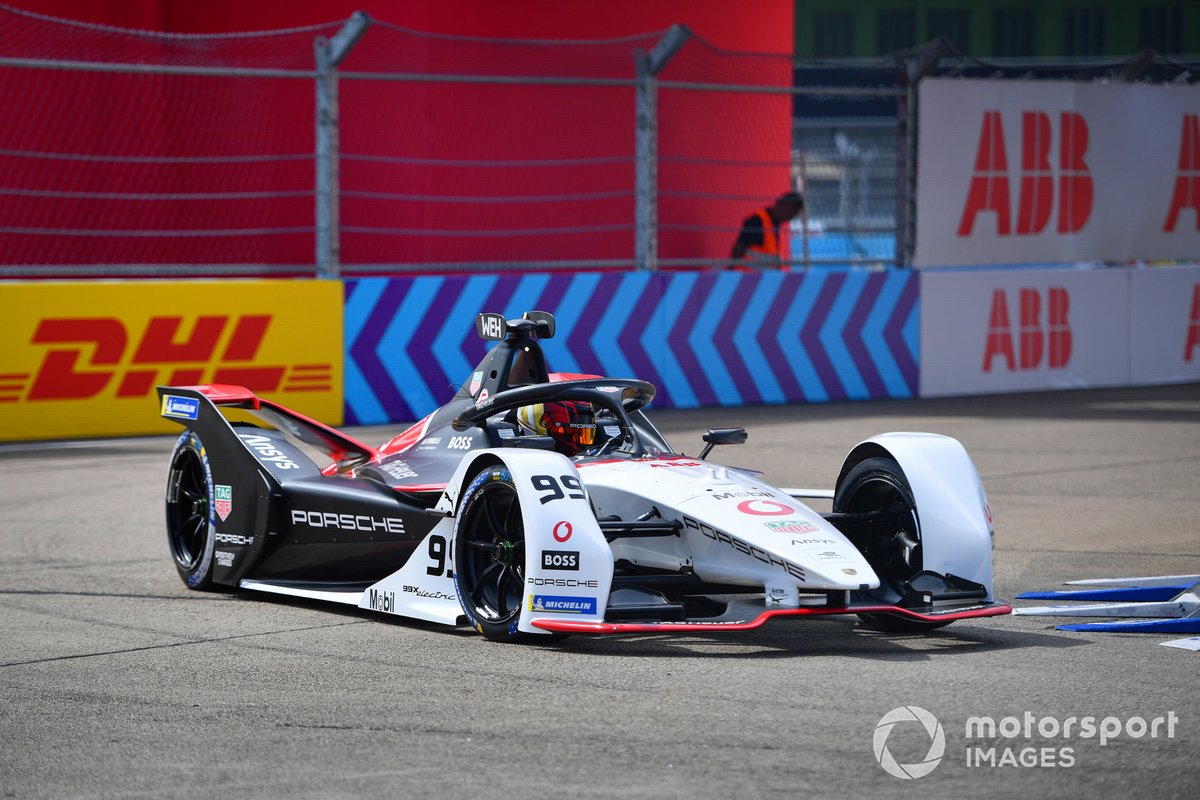 Pre-event points leader Nyck de Vries was only 14th fastest in his Mercedes, having been slowest with five minutes of practice to go, while Lucas di Grassi clocked 19th ahead of the Envision Virgin Racing cars.

Robin Frijns, second in the championship, pipped his rookie team-mate Nick Cassidy to 20th by 0.13s.

Buemi had initially set the pace during the lower power 200kW runs, his 1m08.585s earning him a 0.114s cushion over Vergne and Super GT and Super Formula champion Cassidy.

Through the attack mode laps, running with the higher 235kW power, Guenther topped the times to complete a strong early showing for BMW Andretti.

NIO 333 driver Tom Blomqvist is due to be invested by the stewards for pitlane overspeeding.