The 18-year-old Londoner has been held responsible for the first-lap collision that eliminated poleman Robert Shwartzman, and the penalty has cost him the championship lead.

Ahmed got down the inside of Shwartzman at the Turn 1 hairpin, but as both ran wide Marcus Armstrong drew abreast on the exit on the left-hand side, with Ahmed in the middle and Shwartzman on the right.

Contact between Ahmed and Shwartzman pitched the Russian Ferrari junior into the wall, and he pulled his Prema Powerteam car off onto the left-hand side of the circuit on the approach to the chicane with right-front wheel damage.

Ahmed was awarded a drive-through penalty after the race because he was deemed to have caused the collision, but as this cannot be served it has been replaced by a 20-second penalty, dropping the Hitech GP driver to 15th position.

"I was in the middle of Marcus and Robert," said Ahmed, "and I had nowhere to go either way.

"I don't think Robert realised we were three-abreast and there was contact and he went into the wall - I just don't think he knew that Marcus was there." 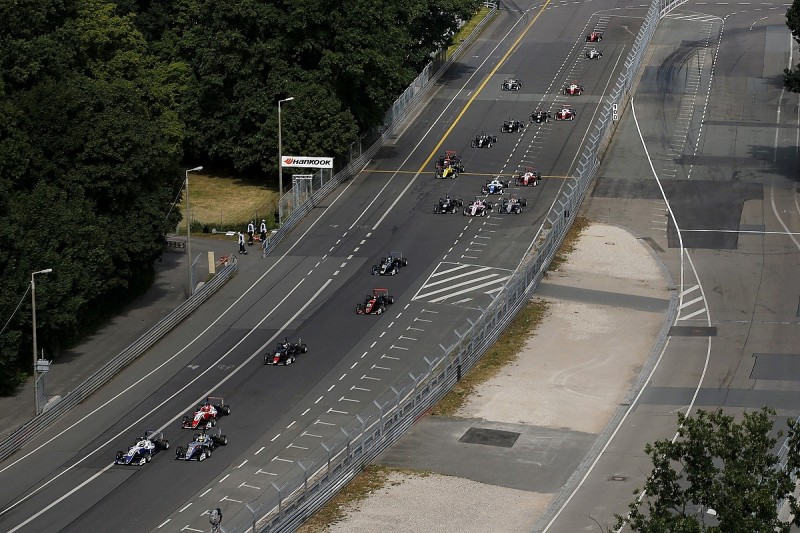 Shwartzman told Autosport: "There was a wide enough space for Enaam to let us all go.

"On the onboard you can clearly see he had one car width to Marcus, so even if he had used just half of it we could all have survived the corner.

"Unfortunately, I didn't win a race I think we deserved to win."

Ahmed's penalty means that instead of having an 18-point lead over Armstrong in the championship, Armstrong has now taken a three-point advantage.

The New Zealander also sits on pole position for the final race of the weekend.