Ahmed - who briefly led the 2018 Euro F3 standings - has made the switch to the Japanese championship after failing to raise the budget required to compete in the new Formula 1-supporting FIA F3 Championship, which has succeeded Euro F3 and the GP3 Series.

"In Europe things were getting really expensive, and it was very unrealistic to try to stay there," Ahmed told Autosport.

"I couldn't get the backing, so I decided to become a professional driver at the age of 19 and take the offer from ThreeBond Racing."

ThreeBond, which uses its own Tomei-built engine in the standard Dallara chassis, took its F3 project back to Japan in 2017 after five years of supplying powerplants to T-Sport in Europe.

With a car run by Drago Corse, Alex Palou took third in the points that season, before ThreeBond took the programme in-house last year, when Honda junior Ukyo Sasahara netted the same result.

Palou returned to Europe last season to partner Ahmed at Hitech GP in Euro F3, but has since used his reputation in Japan as the foundation to clinch a Super Formula seat with Nakajima Racing for 2019. 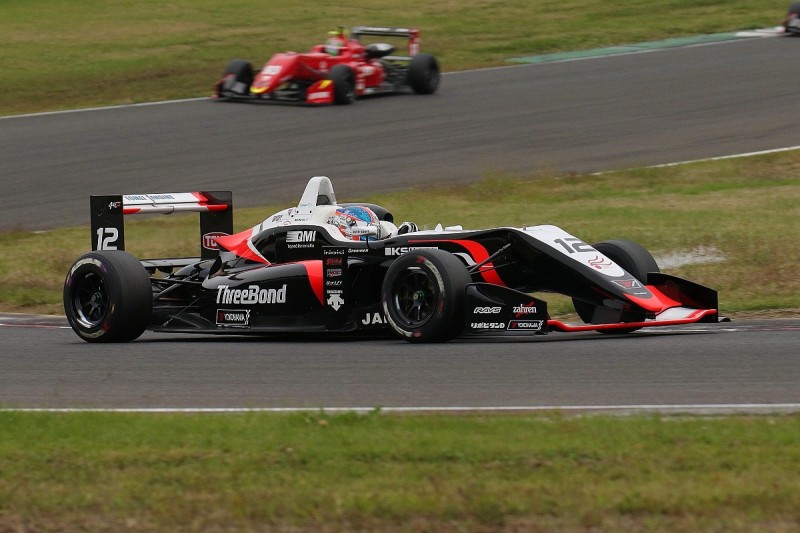 Ahmed is convinced that he can emulate Palou and race at the highest levels of Japanese racing.

"This will be something I'll look back on in 10 years' time and be glad I did it," he said.

"ThreeBond approached me in December, and then I did a shootout at Okayama in January against another driver [believed to be ex-Honda F3 protege Hiroki Ohtsu] and I went quicker than him, so they decided to go with me.

"It felt really good to drive a proper F3 car on proper tyres with downforce.

"At Silverstone before the Macau GP we were testing low-downforce and back-to-backed the Hankooks [from Euro F3] with the Yokohamas [used in Macau and in Japanese F3] and went two seconds quicker with the Yokohamas.

"But at Okayama it was the first time I'd driven the tyres with downforce, and the car felt great.

"I don't really know if we have a title chance, to be honest, but we'll definitely be the underdogs."

Ahmed will be up against fellow European F3 refugee Sacha Fenestraz - who is with the new B-Max/Motopark collaboration, as well as Formula Renault Eurocup race winner Charles Milesi, who is with the Carlin-assisted OIRC Team YTB and TOM'S Toyota pair Ritomo Miyata and Kazuto Kotaka.

Official pre-season Japanese F3 testing kicks off at Suzuka next week, before the opening round at the same venue on April 20-21.

Marino Sato to race in 2019 Formula European Masters with Motopark