Ahmed had signed a deal with ThreeBond Racing, but contractual difficulties ended the relationship after the recent two-day Suzuka test.

The fifth driver is expected to be confirmed before next week's Fuji test.

"I got approached [by Motopark] earlier this year and it came up again at the Suzuka test," Ahmed told Autosport.

"When it fell through with ThreeBond that meant it made sense to go to B-Max.

"It's a really good opportunity to race with them - I think Motopark were probably the strongest team in FIA F3 last year, and we'll easily be one of the most competitive teams in Japan.

"I know Sacha [Fenestraz] and he's obviously a very good driver - when I was winning the British F3 title [in 2017] I was watching him win Formula Renault Eurocup, so it's amazing and I'm really looking forward to working with him."

The ThreeBond deal collapsed because it was dependent upon Ahmed providing a very small amount of budget that he had secured from a sponsor, but that fell through when he finished the Suzuka test 1.5 seconds off the pace.

Ahmed has been replaced at ThreeBond by Hiroki Otsu, who returns to Japanese F3 after two years as a Honda junior in 2016 and 2017, and against whom Ahmed won a 'shootout' for the ThreeBond seat in a test at Okayama. 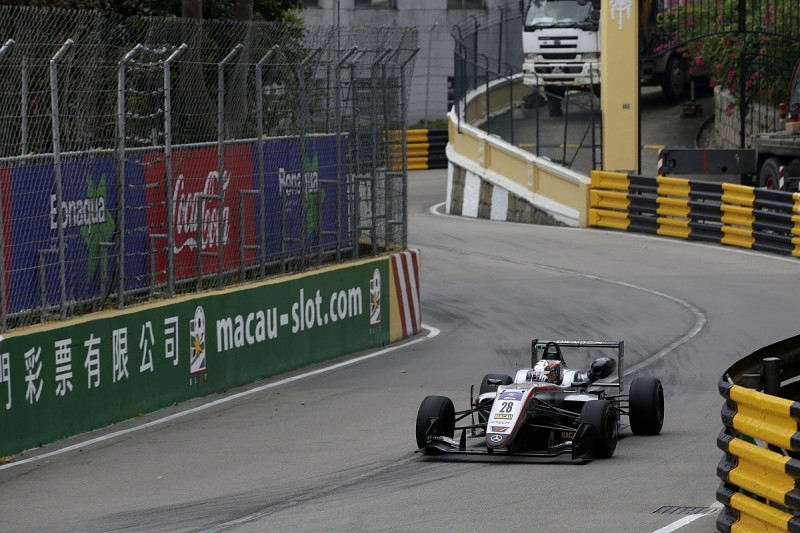 Motopark is yet to decide where it will place its Red Bull Juniors Liam Lawson and Yuki Tsunoda following the collapse of Formula European Masters.

The team looks likely to head to Euroformula Open, where it would be able to campaign its existing Spiess-powered Dallara chassis.

As well as Toyota Racing Series title winner Lawson and reigning Japanese Formula 4 champion and Honda protege Tsunoda, both of whom will dovetail their programmes with an attack on the FIA F3 Championship, Motopark has ex-Euro F3 racer Marino Sato on its books and is hoping to add a fourth driver.

Team boss Timo Rumpfkeil told Autosport: "We are in the final stages of evaluating how to move on.

"I would say it looks likely we will switch to Euroformula Open - it's a good car with a good calendar.

"But we are still looking at Formula Regional to understand our future options."

Motopark is expected to make its decision next week.

The Euroformula Open season starts at Paul Ricard on 27-28 April. Regional F3 kicks off two weeks before at the same circuit.