Highly rated Swede Joel Eriksson can challenge for the overall 2017 Formula 3 European Championship title, says the Motopark team that has re-signed him

The Eastern German squad has confirmed that 18-year-old Eriksson, the Euro F3 rookie champion in 2016, will remain on board to lead its line-up of Volkswagen-powered Dallaras.

After joining the BMW Junior Team last year, Eriksson was strongly rumoured during the autumn to be graduating straight to the Munich manufacturer's DTM line-up for 2017 - he performed 'taxi' duties in the M4 DTM at four rounds, and also got a pukka test at Jerez (pictured below).

But the downscaling of each DTM manufacturer's squad from eight to six cars for 2017 has pushed Eriksson - who triumphed in last August's Masters of F3 at Zandvoort - into a second season of F3. 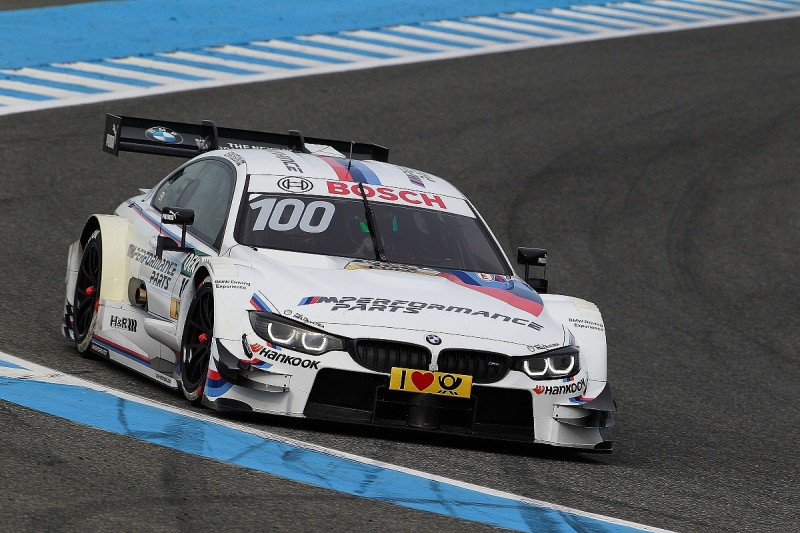 Motopark boss Timo Rumpfkeil said: "We are extremely delighted to have Joel leading our F3 campaign.

"He has been driving with us for four years now [including Formel Masters and German Formula 4] - he is not just a tremendously fast driver, but also has that inherent racecraft that can make all the difference.

"After enjoying an extremely successful 2016 season with Joel, winning the rookie title, we are confident that we will be strong contenders for the overall championship in 2017."

Eriksson added: "It was a good first year, and based on the results we achieved and the pace we had - especially during the second half of the season - I'll be heading into 2017 with the aim of winning the championship.

"It will be extremely tough, with a lot of strong teams and drivers already lined up, but it's not supposed to be easy."

Eriksson is the first driver announced by Motopark, which hopes to continue with a four-car line-up in F3 in 2017.