Sette Camara, who completed one day of testing at the Hungaroring as he readapted to F3, moved ahead of long-time leader Joel Eriksson with a few minutes remaining.

"It was a good start," said Sette Camara, "but I'm more happy to see a Motopark 1-2-3 than with my own performance, because I helped out with the set-up.

"It's also a lot of good engineering work by the team - they did a great job and now we're just here to fine-tune.

"I struggled a bit at the start - I just wanted to keep it out of the walls, but then I took a bit more risk on one lap on my second run; eventually you do need to risk a bit!

"But it means nothing; Macau is crazy and you just have to keep calm, keep good and be around the top in every session." 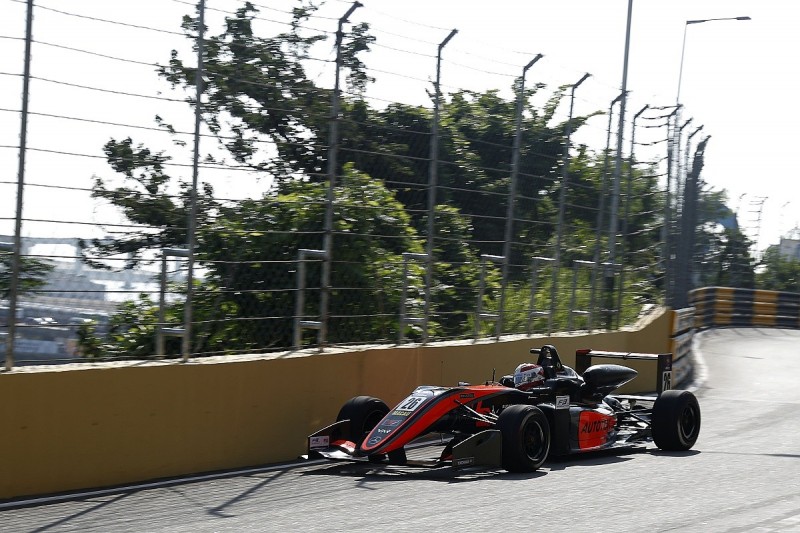 Seventh and eighth were two of the pre-race favourites, Prema star Callum Ilott heading Carlin's F3 European champion Lando Norris, who hot-footed it from his cancelled McLaren Formula 1 test at Interlagos and arrived in Macau just in time for Wednesday evening's drivers' briefing.

Top rookie was an impressive Mick Schumacher, ninth quickest for Prema on the streets where his father and uncle both triumphed in the 1990s, while B-Max Racing's Kenta Yamashita, returning to F3 after a season in Super Formula, rounded out the top 10.

Of those to hit problems, Jehan Daruvala ended the session on a flatbed truck after making minor contact with the wall at Moorish, while Maximilian Gunther lost a considerable amount of time in the pits having a gearbox glitch attended to.

Fifty-year-old 'Dragon' was another in the wars, the Japanese F3 National Class champion crashing at Police at the end of the session.