David Beckmann will join Trident for the rest of the GP3 Series season, replacing the promoted Alessio Lorandi

Beckmann left the Jenzer Motorsport team last Wednesday - where he has been replaced by German compatriot Jannes Fittje - and will now take Lorandi's place in the tertiary series.

Trident confirmed earlier on Tuesday that Lorandi had departed its four-car GP3 line-up in order to take up the vacancy in its Formula 2 team, following the sacking of the banned Santino Ferrucci.

It marks the second successive year in which Beckmann has made a mid-season switch of teams, having swapped from Van Amersfoort to Motopark in European Formula 3 last year.

He has suffered a difficult start to his GP3 career in 2018 with Jenzer, lying 13th in the points after eight races.

Trident is the closest in the teams' championship to GP3's dominant squad, ART Grand Prix, albeit 104 points behind.

"I am delighted to join such an ambitious and passionate team," said Beckmann, 18, who joins Giuliano Alesi, Pedro Piquet and Ryan Tveter at Trident.

"I think that, by working hard together, we will be able to experience a successful second half of the season." 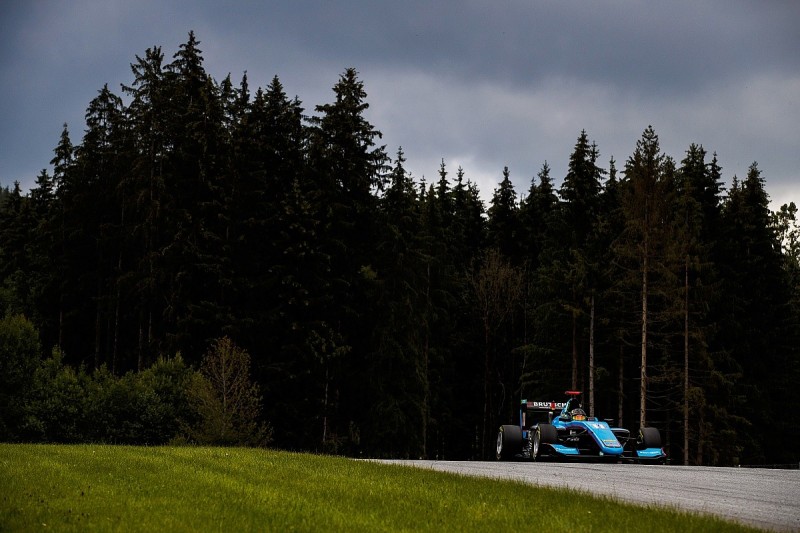 Team manager Giacomo Ricci added: "David Beckmann is a driver of undisputed value and I am delighted to see him join the line-up of Trident in the GP3 Series.

"I am sure that he will find an environment to thrive in, to lay good foundations and achieve great results already this season and in the future.

"David is joining a well-established and successful team and he will definitely be able to benefit from it."

Beckmann is the third driver to move in GP3 this season, after Fittje and Devlin DeFrancesco, who across from Carlin's European F3 squad to join MP Motorsport prior to the Austrian round.

He filled the seat left by Will Palmer, who has decided to focus on a university placement in asset management for the rest of this season.