The Trident driver added a fourth place in the sprint race to make the Austrian event his best weekend of the year even though he was racing with a steel plate in his shoulder.

"It happened in Germany a month ago," explained Lorandi. "I was testing with my kart to stay in shape.

"I flipped. I stayed 10 days in the hospital and I thought 'fuck, I'm going to miss races', but luckily I did a huge recovery and I can still score points.

"My bones are still broken but are attached by a piece of metal that allows me to do these kinds of movements.

"It will stay in for a year and a half.

"At the end of the race when I get out of the car, I have to wait a bit [because of the pain].

"If we had a halo I wouldn't be able to get out of the car." 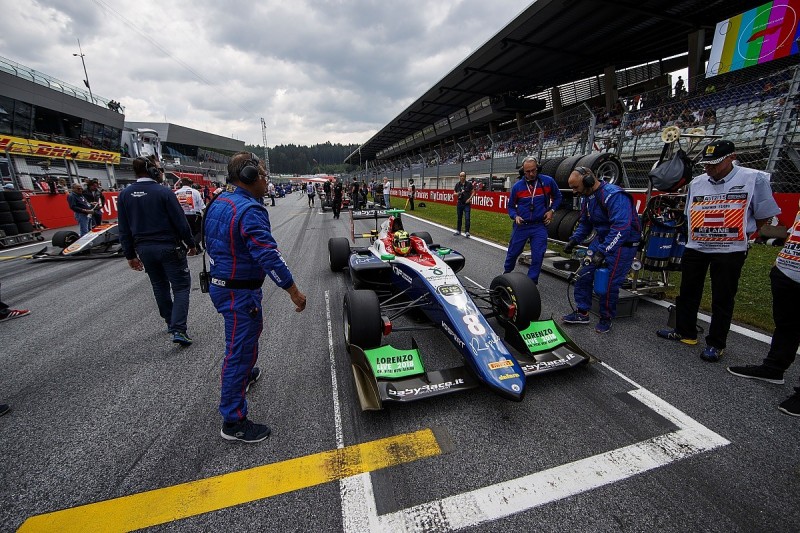 Lorandi was the highest-placed driver from the Jenzer team in GP3 last year, taking a win and four podium finishes as ART Grand Prix dominated.

He feels he is now getting back to similar form with Trident, and reckons he had a fast enough car to win in Austria.

"I am learning and I'm learning the team," added Lorandi. "We were very fast towards the end of last season because we had good rhythm.

"Now with Trident I am learning the team and we now know what to expect from the car.

"It could have been a win but it's good that we are there after the injury, hopefully we can keep this up and I cannot wait for Silverstone.

"I want to try and grab poles and race wins now.

"Last year I was always fast.

Lorandi sits seventh in the championship standings, behind his team-mates Giuliano Alesi and Pedro Piquet and 28 points from leader Callum Ilott.

After two DNFs at Barcelona, he has not finished outside the top five in the following four races.