BRDC SuperStar and Red Bull junior driver Jonny Edgar's second season in the FIA Formula 3 championship was almost derailed when he was diagnosed with Crohn’s disease. But now underdoing treatment, the Briton has bravely battled back to the cockpit and is working on improving his fitness and form

At the start of the year in January, I started to feel a bit ill. I didn't feel bad, but I just didn't feel normal. During testing with the Trident team at the start of the year I wasn't feeling great, but it was all going pretty well and physically in the car I felt I'd gotten quite a bit stronger from last year, so preparations were going well. Then we had the test in Bahrain, I felt a bit ill there and I was getting more and more ill.

We knew well before Bahrain that something was wrong. I was just trying to get through it and get better after that, but I was that ill that I wouldn't be able to do races and tests. After the test in Bahrain, I went home, and then we found out that it was Crohn’s disease. Then I was basically straight back out to Bahrain for the first race [in March], but at least by the race we knew what it was.

I was struggling massively in the first race, I couldn't brake hard enough, and just physically I was struggling to drive. After that we decided to take a break until I was feeling better and able to drive again.

Insight: The Crohn’s Disease battle that a promising Brit faces on his F3 return

You have it forever, there are different treatments but, luckily for me, the first one, which I think is the most common, worked straight away. Normally they say it can take a few times of having the treatment before you start to feel better, but for me, as soon as I started it, I felt better straight away. At least in future if I ever start to feel ill again, we know what it is. It'll never get to a point of what it was because we had months of not knowing and just getting worse and worse all the time.

The main problem was from January until May just being ill and then starting to get better, I just couldn't do any training at all. When I was ill, I went from 69kg down to 52, so I'd lost basically all my muscles. My fitness has been improving since I've started training again and driving, but it dropped off that much that it's impossible it can come back quickly. It's improving, but it's still not where I'd want it to be and especially in the races. Red Bull have been really good about it from the start and they understand.

I’ve also had a lot of support from the British Racing Drivers’ Club SuperStars and Andy Meyrick. It's really good to be a part of the programme and doing different events. It's also good to speak to the other members racing in different series. Unfortunately, I haven't had a chance to do as much as I'd want to with it given the illness and COVID, but it has really been helpful to me over the past few years. 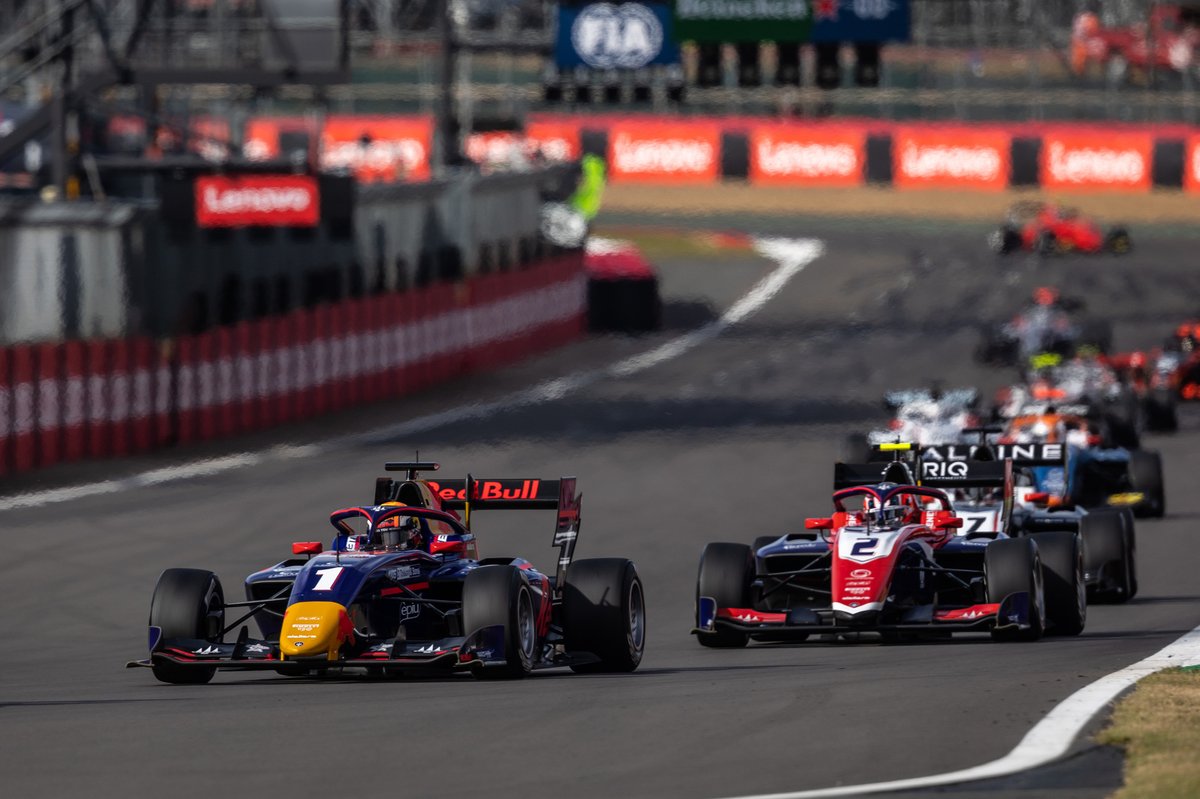 I came back to racing at Silverstone [in July], which was quite early, I could drive and I'm still not at 100% fitness now, but I'd say it's gone OK since coming back. I've managed to score some points, but I think it could have gone better. I've had some bad luck and part of it is not being right up front. You're in a position where there's more chance of crashes happening. I think it's going to take some time to come back to normal.

From 2017 onwards I pretty much only raced in Europe in karting. I won the European Championship that year, and that's when Red Bull picked me up. In 2018 I did another year of karting in Europe and then they put me into Italian F4 for 2019. It wasn't too bad of a year, just getting better throughout and by the end it was going quite well.

For 2020 we did another year of F4 in Germany and Italy. With COVID the calendars ended up clashing, so I missed two of the Italian rounds but did all of the German championship. So, I managed to win German F4 and I was fourth in Italian F4 despite missing some races, so that was a good year. Red Bull put me into FIA F3 after that. Silverstone this year was actually the first time I've raced in the UK in single-seaters.

I came back to racing at Silverstone [in July], which was quite early, I could drive and I'm still not at 100% fitness now, but I'd say it's gone OK since coming back

Normally it's Red Bull's decision on where you go, especially what championship you're racing in. At some point you sit down and discuss where you're going to be next year. Last year they said to go and speak to Trident and see if they had a seat available but it's mostly down to them where I end up.

Red Bull offer some financial support, definitely not all, but it helps a lot. Without Red Bull I definitely wouldn't be where I am, so they have helped my career massively.

We go to the F1 factory to do time on the simulator. The guy running it was Sebastian Vettel's chief engineer when he won the championship, so you can ask him anything. This year, they've got some new people who are working with the juniors. We went to the training place they have in Austria, so that's helpful to go to and do the fitness tests and they can tell you where you need to focus on improving. Since I've joined the junior team, it's got even better in the advice you can get, you've more access to it, it’s been really helpful for my development. 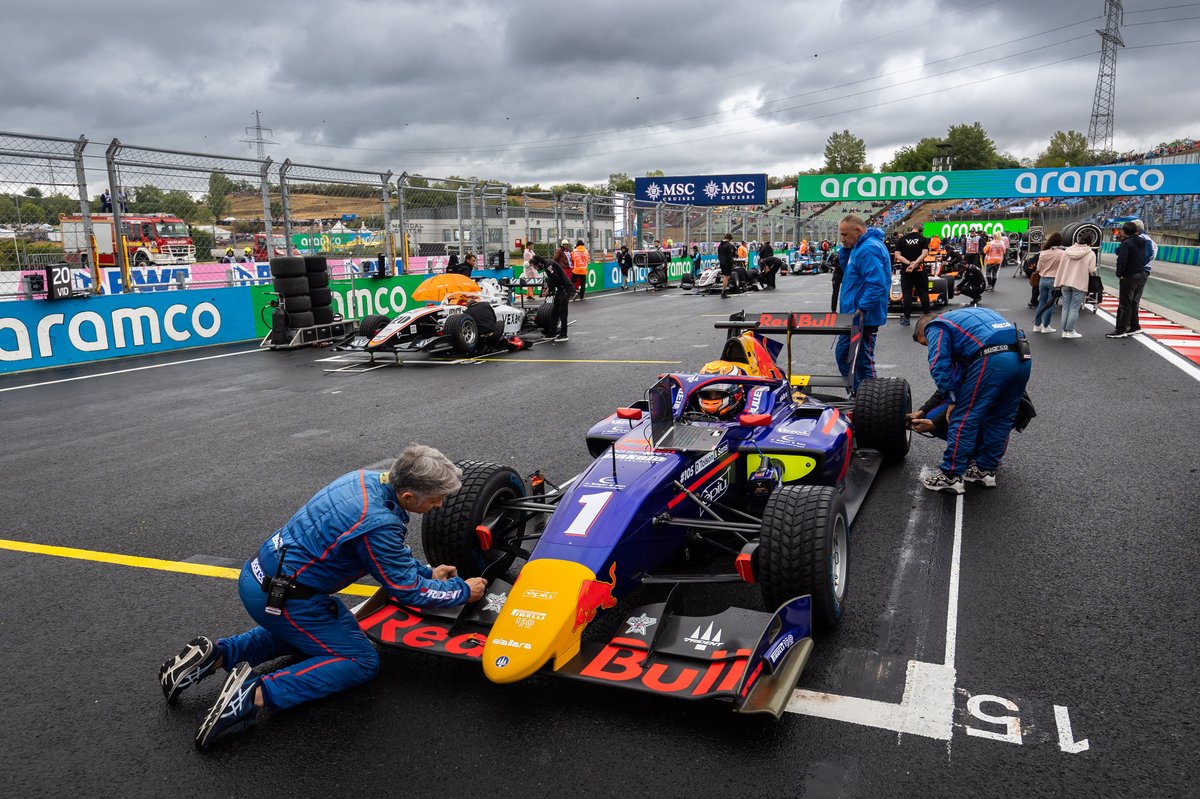 Edgar's best result so far with Trident came with seventh in Austria, and he has three more rounds to make an impression in 2022