Da Costa has been disqualified for running in too high a power mode in the closing stages, while Abt has been handed a 33-second penalty in lieu of a drivethrough penalty for contact with NIO driver Oliver Turvey.

The decision means da Costa has lost his sixth-place finish for BMW Andretti, while Abt has dropped from eighth to 15th in the final standings.

Robin Frijns has also been penalised for his crash with BMW's Alexander Sims.

Da Costa explained that the reason he was in the higher power mode was because he accidentally hit a button on his steering wheel following contact with Jaguar's Mitch Evans on the penultimate lap.

In footage seen by Autosport, but not broadcast by the world feed during the race, the incident occurs seconds after Evans also appears to hit Envision Virgin Racing driver Sam Bird and apparently causes the puncture that dropped Bird down from sixth place on the final lap of the race.

"I was going round the corner and Evans braked super late, hit me, forced me off the track and - when he hit me - I lost the steering wheel and hit the power rotary and went to the 225 mode," da Costa told Autosport before the penalties were announced.

"I didn't gain anything, but I got hit, lost the position and will get a penalty for that. 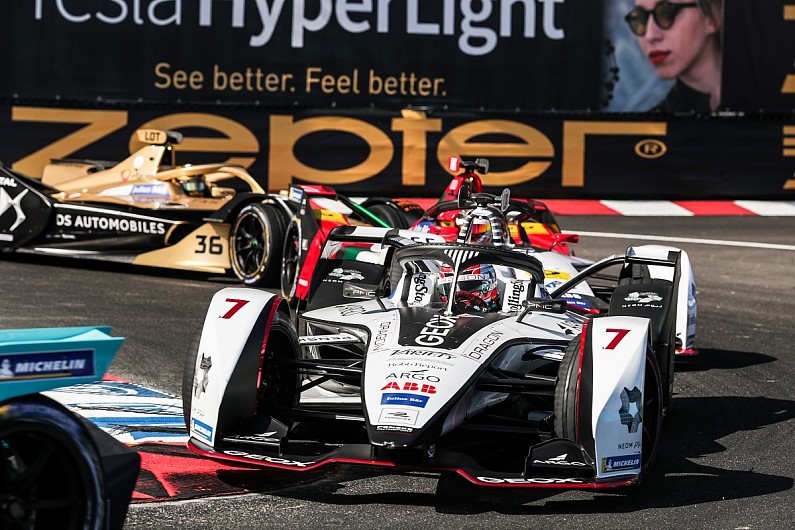 Abt told Autosport that "it was a weird incident [with Turvey] actually".

"The full course yellow came out, Turvey was in front of me," he continued.

"There was five seconds to slow down and reach the 50km/h and he just didn't take that much and he fully braked in the first moment, which I wasn't expecting, because you basically give away three seconds [doing that], which is a lot of time.

"He braked and because I was so close I had to react and I braked as hard as I could but still hit him in the back. By hitting him, I think he got a puncture."

Turvey retired as a result of the collision with Abt.

When asked about his race by Autosport, Evans said: "It was mayhem, to be honest.

"A lot of carnage. Some [drivers] were more aggressive than others, some dropped out because they were too hard on energy.

"Some experienced guys I was not expecting [it to be] like that. I was in the mix of it, got caught out and benefited from some others. We came home with a nice result."

Bird told Autosport that he was sure Evans had not intended to give him a puncture.

"Contact happens in these cars and that's just how it is," said Bird.

"But with the rear wheels being open this year, and with contact inevitable in this series, if somebody has got a sharp bit of front wing, and you lean on someone's rear wheel - even if you don't mean to - you will give them a puncture.

"That's exactly what's happened to me with a lap and half to go and it's ruined the race." 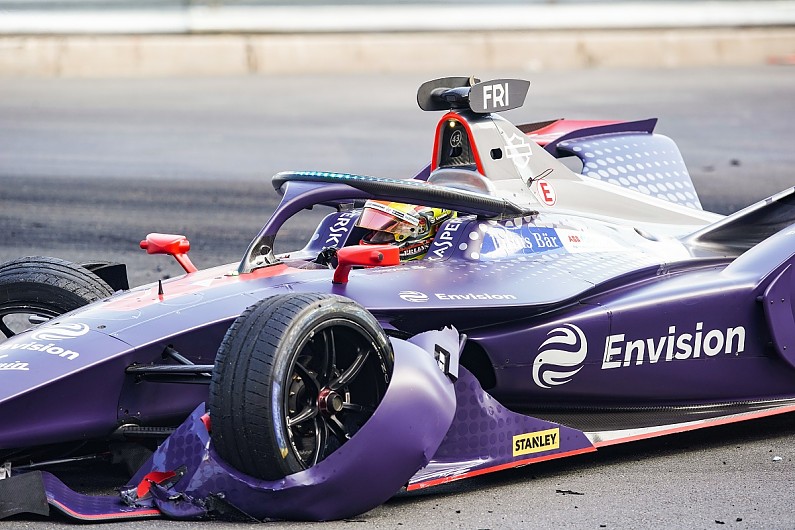 Frijns has been given a five-place grid penalty for his clash with Sims at St Devote late in the race.

They clashed at the right-hander, with Frijns retiring on the spot, while Sims was able to drive away and eventually finished 13th following Abt's penalty.

Frijns's penalty will be applied at the next FE race in Berlin.

Sims was also handed a five-place grid penalty for the Berlin race for a clash with Lucas di Grassi that caused the Audi driver to retire.