Vergne, who also won in Sanya in March and now leads the 2018/19 drivers' standings, led every lap of the Monaco race but came under intense pressure from Oliver Rowland, Felipe Massa and Pascal Wehrlein.

The battle proved close on energy too, with Massa hitting 0% useable energy just moments before crossing the line for his first FE podium at his Venturi's home race.

The order of the top four was decided after Wehrlein locked up at Ste Devote on lap nine of 51 and dropped from second to fourth as he ran wide, allowing Rowland and Massa past.

Massa had moved into third after seeing off a sustained challenge from Rowland's team-mate Sebastien Buemi in the opening laps, but was forced into aggressive defensive driving to hold off Wehrlein late on.

After challenging Massa early on, Buemi ended up running a largely lonely race to fifth and finished more than 4.5s down on the fourth-placed car of Wehrlein.

Antonio Felix da Costa was sixth for the BMW Andretti squad after team-mate Alexander Sims moved aside for him on lap 20.

Da Costa made attempts to overtake Buemi before settling for the position, although he is under investigation for using more power than allowed.

Jaguar Racing's Mitch Evans recovered to seventh from 12th on the grid after a 10-place grid drop for his third reprimand of 2018/19 in qualifying. 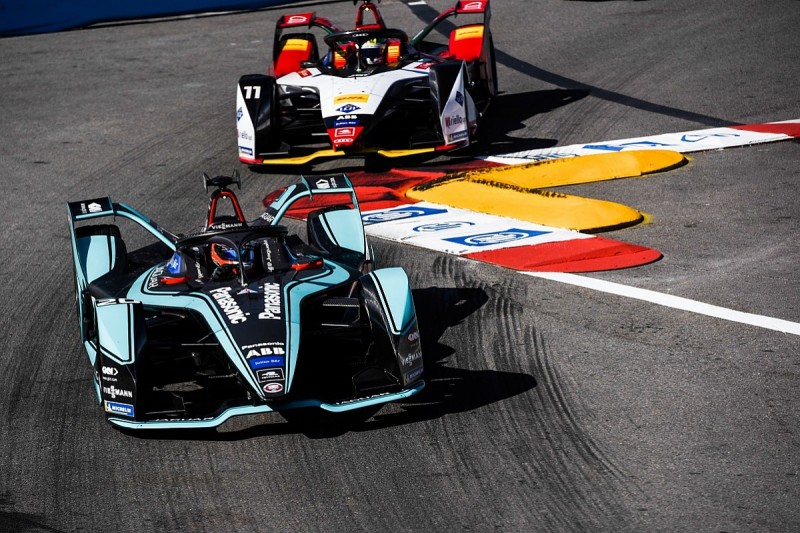 Evans sealed the position on the penultimate lap after overtaking Envision Virgin Racing's Sam Bird, who fell to 17th right at the end when he picked up a puncture and stopped next to the inside wall at Rascasse.

Bird had risen through the field from 14th and as high as sixth prior to his puncture.

Audi's Daniel Abt is also under investigation following an incident with NIO's Oliver Turvey but is provisionally eighth.

Lucas di Grassi was forced out of the race just past the midway point when Sims moved to the outside at Turn 3 in a bid to pass Bird and forced the Audi driver into the wall.

Bird's puncture compounded Virgin's miserable race after Rome E-Prix winner Robin Frijns hit the inside wall on the approach to Turn 1 and clattered into Sims, retiring from the race and resigning his BMW rival to 15th.

Jaguar's Alex Lynn rounded out the top 10 despite losing his front-right wheel cover following contact that cost him several places at half distance.

Lynn finished ahead of HWA's Stoffel Vandoorne and Dragon's Jose Maria Lopez, who had started ninth but fell back down the field after a poor start.