© 2021 Motorsport Network. All rights reserved.
TV Buy tickets Store
Previous / The email that led to a Mercedes fightback Next / Double-moves like Vettel's on Hamilton in Russia clarified by FIA
Formula 1 / News

The new front wing regulations, which make the devices 200mm wider and 25mm deeper and more simplistic designs, are intended to aid overtaking.

A revision to make brake ducts simpler will also be implemented as part of F1's push to improve racing ahead of a larger regulation overhaul in 2021.

The approval of the 2019 rule changes came in July, but required further discussion between F1 and the teams to close loopholes that had arisen.

Wolff believes the aero changes can change the F1 competitive order. "The biggest impact will be the completely new aerodynamic regulations," he said.

"That will change everything upside down. Somebody might find a loophole or an innovation or understand how these cars work earlier than others.

"There's a big variable in those regulations next year, and we could even have teams being right up there that are not on the radar today." 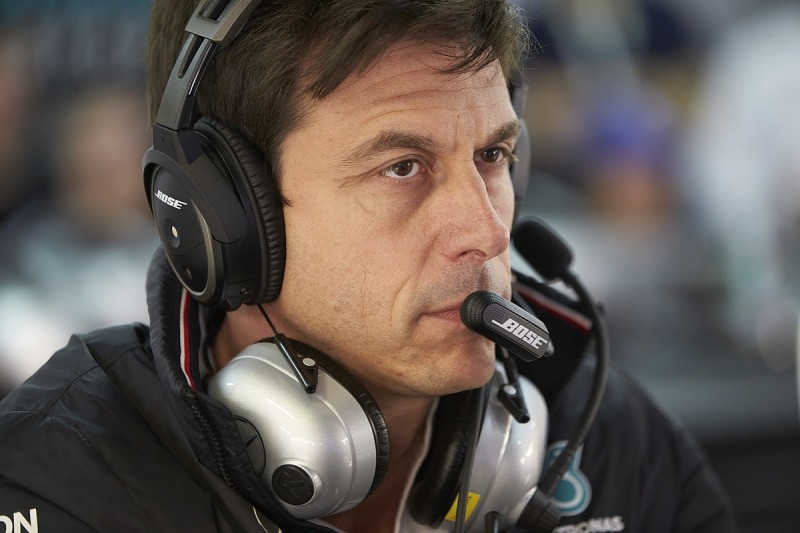 Mercedes has won 72 races since 2014's regulation overhaul that put more emphasis on engine performance, with Ferrari and Red Bull - with Renault power - winning only 13 and 11 races respectively in the same period.

Red Bull will switch from Renault engines to Honda next year, with the team believing the Japanese manufacturer now offers a better package.

When asked if he expected Red Bull to be competitive from the start of 2019, Wolff said: "Yeah, it could well be.

"Because we've seen there's no more pattern anymore, there's not one team that dominates one kind of circuit.

"It has changed, and the Honda engine certainly looks very powerful now, and Red Bull is a good group of racers."

The email that led to a Mercedes fightback