In the wake of Sebastian Vettel's double block of Lewis Hamilton as they battled for position in the Russian Grand Prix, the incident was brought up in the drivers' briefing in Japan last weekend.

Hamilton wanted clarification regarding whether or not drivers were allowed to move twice in the same direction and escape sanction, as he felt that Vettel's actions were not acceptable.

The FIA has long made it clear that if a driver changes direction more than once in a bid to defend their position, then they will be investigated by the race stewards for a breach of the rules.

In Russia, Hamilton felt that Vettel moved twice - once to initially close the door and then again later to leave his Mercedes rival with nowhere to go.

F1 race director Charlie Whiting has maintained that Vettel's actions could not be viewed as two separate moves because they were in the same direction.

But he has now explained to the drivers that in the future moving the same way may not necessarily be allowed if there is a time gap between the actions. 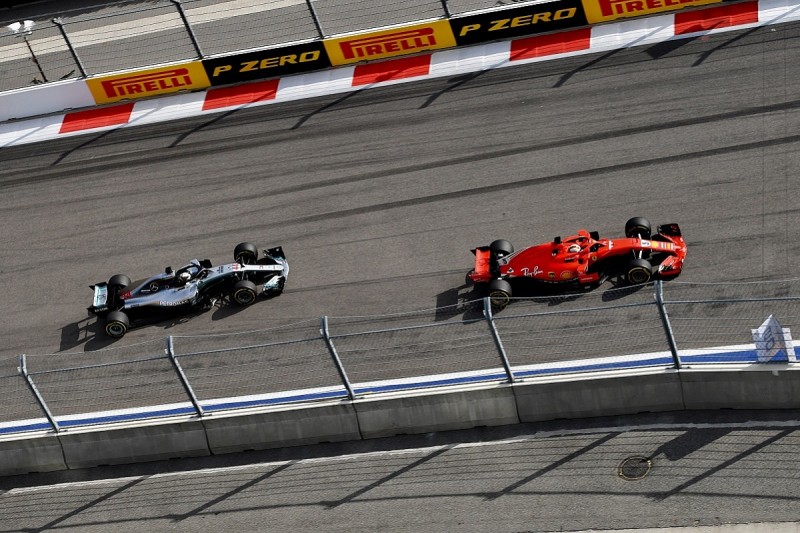 When asked by Autosport about the outcome of the discussion in the drivers' briefing last weekend, Whiting said: "The rule about two moves is traditionally about making a move one way and then making a second move the other way.

"Everyone felt that that was what was generally understood by the rule, but I must say that when I first saw the incident in the race in Russia I thought the same: '[Vettel] has moved twice' when I saw it from Lewis' onboard.

"But when you look at it from track cameras and a forward shot when they are coming towards you, it is much less clear - it looks like one move with a hesitation.

"It doesn't look like two distinct moves, which is why the stewards did not feel that they could justify a penalty."

But Whiting is clear now that if a driver makes a second move in the same direction, with a pause in the middle, then that will be treated as a breach of the rules.

"What I did clarify to them is that if a driver does two moves in the same direction, that is the same as doing one in either direction," he said.

"So if Seb had gone once, looked and then gone again, very clearly, I think that would be equally bad as making a move in either direction."