What is going on with Alonso and McLaren in Formula 1?

The source of the topic on this occasion was Ron Dennis, McLaren Technology Group's CEO.

McLaren decided as this was the last race of the year, and given the fact Dennis had not attended a grand prix since Japan, along with the volume of requests for an interview, the 68-year-old would be given the opportunity to air his thoughts.

It was in Japan, of course, Dennis was the centre of attention in light of some controversial remarks from Alonso, including referring to the Honda power unit as a "GP2 engine".

When asked directly after a frustrating race at Suzuka if he would be in F1 next year, Alonso's answer was equivocal as he said: "I don't know", before adding: "My intention is to stay and win."

The problems that plagued Alonso then with the car, and over the preceding months, have not gone away, and while positive noises are emanating from McLaren and Honda as to their prospects for next season, seeing is believing.

McLaren-Honda has to bridge the 20mph straightline speed gap that currently exists to the likes of Mercedes, as materialised in qualifying for the Abu Dhabi Grand Prix.

It was shortly prior to qualifying that Dennis was asked a straightforward question, that if the car is uncompetitive again at the start of next season, would there be a possibility of Alonso not driving for McLaren next season.

Dennis' response came out of the blue as in part of it he replied: "I have an open mind to anything, and some of the ideas have involved those sorts of considerations, yes, sabbatical years etcetera."

Such words also came as a surprise to Alonso, but as in Japan his responses have muddied the waters.

In interviews for TV and radio that immediately followed qualifying, the 34-year-old gave a firm "no" when asked if he could sit on the sidelines.

Fast-forward just 90 minutes to the written media session and when pressed on the matter again and whether he would absolutely rule out a sabbatical, his reply had altered to "you can never say 100 per cent anything".

Alonso added: "My intention is to race, and I think I will race. We see how it goes next year, but it is not in my plans not to race."

As to whether Alonso had ever discussed with Dennis the idea of a year out, again there was no overwhelmingly dismissive answer as he said: "I've discussed many ideas, crazy ideas", before then expressing positivity about progress.

Racing director Eric Boullier at least stated categorically he personally has held no discussion with Dennis about Alonso sitting on the sidelines for a season.

As Jenson Button pointed out it was the first time he had ever heard of a driver seemingly being offered the option of a sabbatical, one he feels would be detrimental.

Button said: "Even if I had the option I'd want to build a car around me for the following year.

"If you take a year out, the other driver will design a car around him."

It seems inconceivable at this stage Alonso will twiddle his thumbs for a year, but Dennis has opened the door ever so slightly as to the possibility.

It means we now wait with bated breath to the conclusion of Alonso's first day of testing with the 2016 McLaren-Honda.

Without doubt you can bet the first question will be: "So Fernando, how was the car, and will you take a sabbatical?" 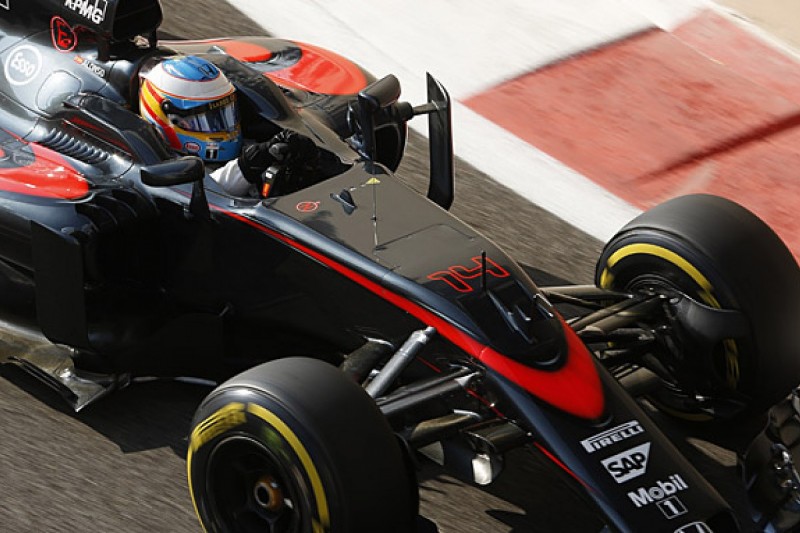