Vettel was given a guard of honour by his Ferrari mechanics as he left his pit garage ahead of the race, which ended in disappointment for the Scuderia as both Vettel and team-mate Charles Leclerc slipped back from their starting positions.

Ferrari announced back in May that Vettel would leave the team at the end of the 2020 season and he later signed a deal to replace Sergio Perez at the Racing Point squad that will become Aston Martin for next season.

"It was an emotional day," Vettel told Autosport after the race at the Yas Marina track.

"[From] the mechanics, the engineers - all these people that I worked with for so long in those years, and so hard. So yeah, I shall miss a few of them very much. 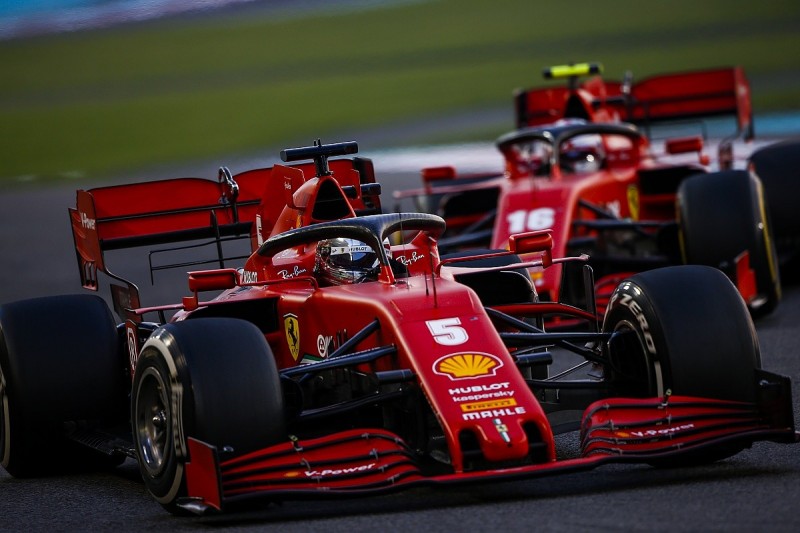 Vettel also said that he was "happy obviously that the season is over" because "it was quite tough and tiring".

He added: "I'm looking forward to the next one."

Vettel and Leclerc ran together in the early stages of the race after the latter's grid penalty meant they lined up alongside each other in P12 and P13 on the grid.

They were boosted up the order as Ferrari opted not to stop during the virtual safety car period triggered by Sergio Perez's retirement - which was later upgraded to a full safety car - but the duo were overcome by the cars that had been running ahead of them and eventually chose to pit as the race wore on.

"At some stage obviously I struggled and the safety car didn't really help us because obviously we were on a mirror strategy to most of the cars," Vettel said of his race on Sunday.

"So, yeah, it didn't really work in our favour.

"But yeah, we still tried to hang in there as much as possible."