Mercedes swept to a seventh consecutive set of drivers' and constructors' championships in 2020, ending the season with 13 victories from 17 races.

The team was chasing its seventh win in a row at the Yas Marina Circuit, but struggled to match Verstappen's pace in the Red Bull as he dominated the race from pole position.

Verstappen ultimately won the race by over 15 seconds as Valtteri Bottas and Lewis Hamilton finished second and third respectively for Mercedes.

Mercedes team boss Wolff felt that both Red Bull cars were "simply quicker than us" through the Abu Dhabi weekend, and feared that Alexander Albon would pass Hamilton for third in the closing stages.

"You can see that everybody has weaknesses, and we weren't on our A game this weekend," Wolff said.

"That's simply a fact. Red Bull won fair and square. You can see that Albon also had a very good race, so they have a very good race car, and shows that when their car is in the right place, both drivers do a really good job.

"Probably Albon's pace was quicker than us by the end. They could have been well ahead, and even worse for us.

"We're leaving this race with a slap on the wrist. It wasn't a great weekend for us. It was a car that has never let us down all year, maybe apart from this last weekend." 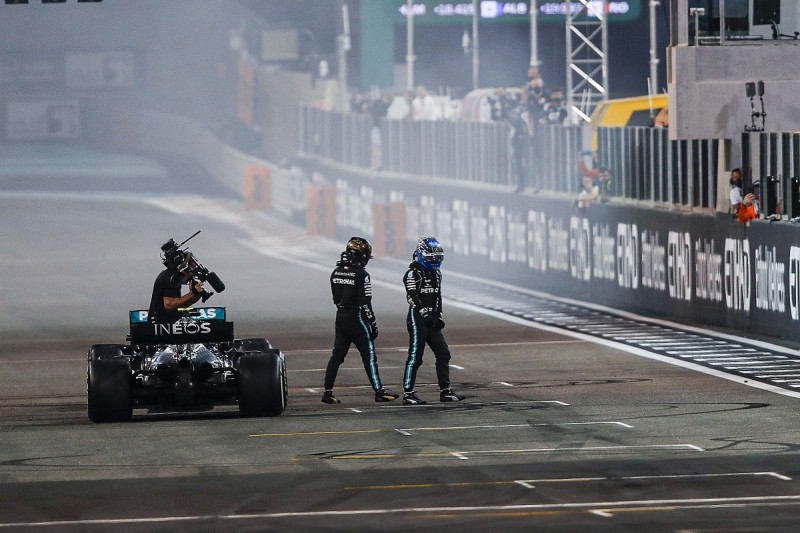 Wolff explained that both Bottas and Hamilton were forced to manage their tyres after the safety car forced an early switch to the hard compound tyre that Mercedes was uncertain would make it to the end.

"Him and Lewis were looking after the tyres a lot, because it was not clear the hard would last until the end, and there was more pace in both of them,"Wolff said.

"You can see at the end, we saw through sector one, that our car wasn't simply turning around five and six, and the last sector wasn't great.

"We just simply had an understeery car all day today. We had a car that is good on Friday, but not good on Saturday. We tried both directions, weakened the rear, none of that helped.

"I think somehow we didn't get it right."