Sebastian Vettel believes Formula 1 needs to have more corners like Zandvoort’s banked turns after getting his first taste of the track’s changes on Friday.

This weekend marks the first Dutch Grand Prix since 1985 after changes were made to the Zandvoort track to bring it up to F1 spec, capitalising on the massive levels of support for Max Verstappen.

As part of the changes, three corners - Turn 1 (Tarzanbocht), Turn 3 (Hugenholtzbocht) and Turn 14 (Arie Luyendijkbocht) - have had banking added in a bid to offer drivers different lines and increase cornering speeds.

While many of the F1 grid had previously raced at Zandvoort in Formula 3, no-one had completed any running on the new layout in F1 machinery, with the exception of Verstappen who had previously done a show run at the track.

Four-time F1 world champion Vettel said that the new track layout was exciting, and that the cambered corners were the kind of thing F1 needed to introduce at more circuits.

“We should have more of that, cambered corners [that] are positive, and not off camber,” Vettel said.

“Off camber they do for water drainage, but it’s very boring because you lose grip.

“[Positive cambered corners] I think look exciting and feel exciting in the car as well." 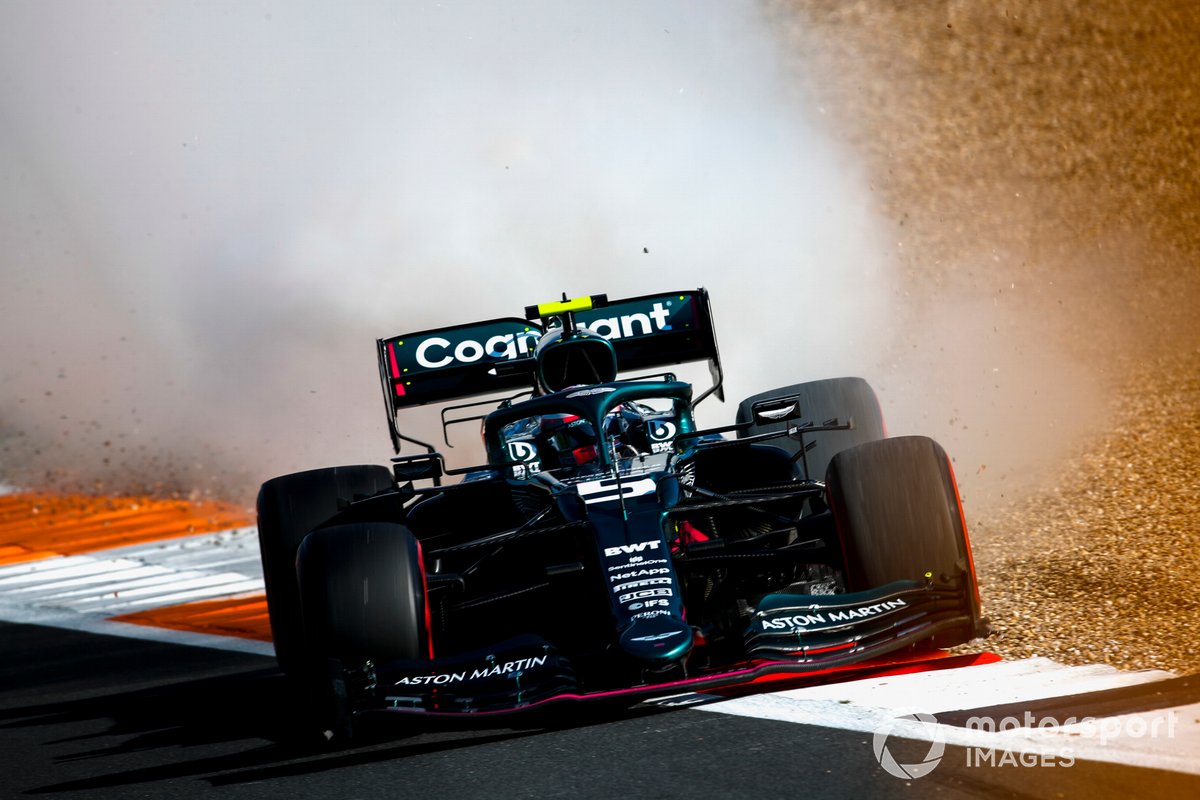 F1 is set to add a banked corner to the Yas Marina Circuit in Abu Dhabi ahead of this year’s season finale after criticism of the track’s layout and the quality of racing.

Vettel ended the day 10th in FP2 for Aston Martin, having only completed six laps in the opening practice session due to a power unit issue.

“It was a decent afternoon because we had some catching up to do and I had to get into the rhythm quick,” Vettel said.

“But it helps that I’ve been here many years ago, and they didn’t change too much of the track, which is good news.

“The bits they changed, I think they changed for the better. I think it’s very exciting with the banking, so yeah, not quite clear which line to take yet, but have a little bit more time tomorrow.”

Asked if it was hard to find any rhythm given the three red flags through Friday’s running, Vettel joked that he “caused the majority of the red flags” in reference to his FP1 stoppage and the lengthy wait that followed to recover his car.

“So it wasn’t that hard for me,” Vettel said. “In the afternoon as well, it helped, the first one, because I wasn’t out [on-track] yet.

“In the end I only had one, which wasn’t too bad. We were just in the box anyway. So for us, the red flags didn’t affect us, but I also caused it!”