Max Verstappen was surprised by Mercedes’ pace and that it could make a one-stop strategy work to challenge for victory in the Formula 1 Dutch Grand Prix.

Verstappen scored his 10th victory of the season at Zandvoort on Sunday after overtaking Lewis Hamilton on the final safety car restart using fresh tyres.

Mercedes managed to get Hamilton and team-mate George Russell into contention after opting for a one-stop strategy and displaying good pace on both the medium and the hard tyre.

Had it not been for a Virtual Safety Car period, Verstappen would have sat third after his final pitstop and needed to pass both Mercedes cars to win the race, only for the VSC to force Hamilton and Russell into extra stops.

“I was just surprised that they were that quick on the harder compounds,” Verstappen said of Mercedes.

“I have to say these tyres are very stiff, the C1 and C2. And they just didn't seem to really switch on for us as good as they did for them.

“That's I think what made it a little bit more complicated for us. But then once we were able to switch back to the soft, we could counter it. 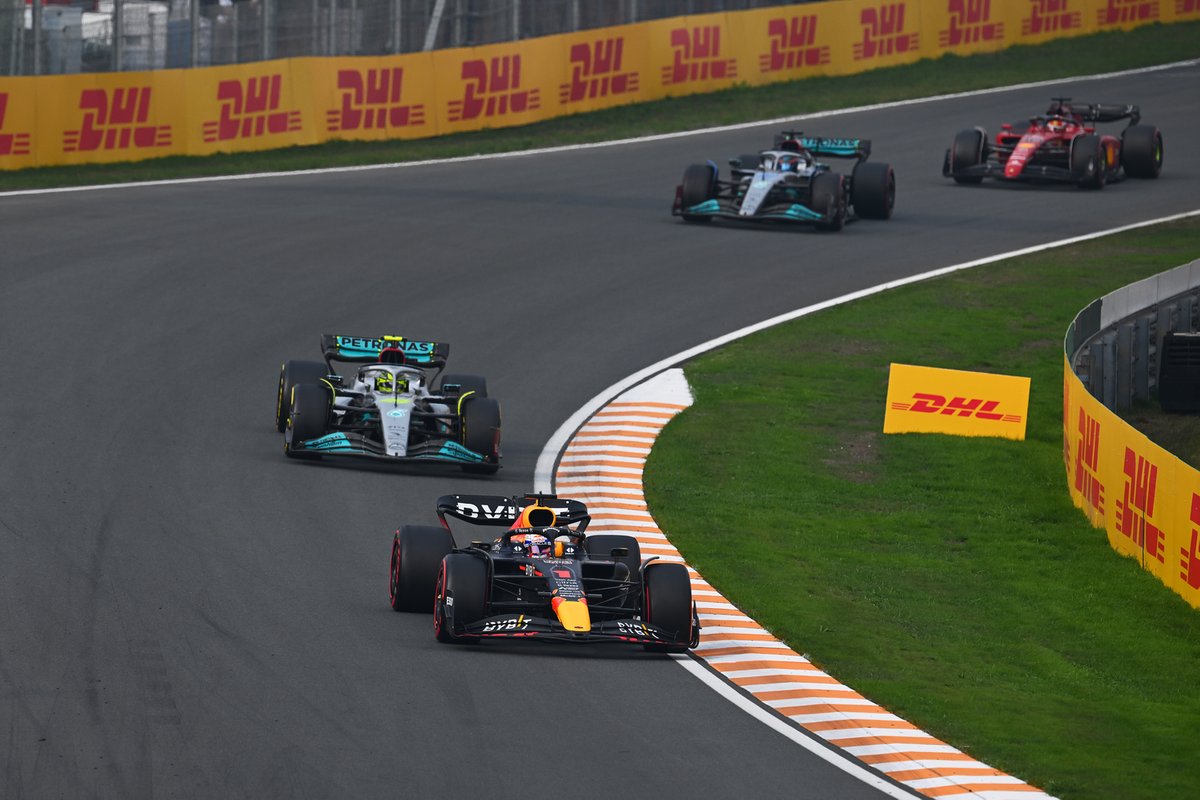 Zandvoort marked a big turnaround for Mercedes after it struggled to challenge either Red Bull or Ferrari at Spa just one week earlier, where the team struggled with the high-speed nature of the circuit.

Russell eventually finished second at Zandvoort, marking his best result of the season so far, while Hamilton dropped from first to fourth in the final stint after Mercedes opted to keep him out under the final safety car.

Verstappen realised Mercedes was becoming a growing threat in the race when he made the switch from softs to mediums, only to see the silver cars were “still doing good lap times.”

“As soon as they swapped to the hard, I was quite interested to see their pace, because I never really wanted to go to a hard tyre,” Verstappen said.

“But yeah, when I heard the lap times, I was like, ‘that's quite quick’. And I was trying to push up a bit. But they were still a few tenths faster.

“[It’s] very surprising that they made it work, that tyre around here. But then I knew, of course, it might get close to the end of the race, with the way our strategies were playing out.

“The gap after the VSC was still getting big enough to manage. But clearly they were quick in the race.”

Binotto hits back at Rosberg's F2/F3 jibe over Ferrari pitstops