Hamilton beat Red Bull driver Verstappen to pole position by four-tenths of a second in qualifying on Friday as the championship contenders locked out the front row of the grid for the sprint race.

But Hamilton faces possible exclusion from the qualifying session after the DRS element of his rear wing failed the post-session checks by the FIA’s technical delegate.

A lengthy hearing followed that was subsequently adjourned until the morning while the stewards await more evidence.

Soon after announcing this adjournment, the FIA issued a bulletin confirming that Verstappen had been summoned for a hearing at 9:30am local time on Saturday morning.

Verstappen will meet with the stewards over an “alleged breach of Article 2.5.1 of the FIA International Sporting Code”.

A fan video (below) from the grandstand at Interlagos showed Verstappen going over to Hamilton’s car and touching his rear wing in parc ferme, which may be in breach of the ISC regulation.

It means both F1 title contenders find themselves at risk of sanction from the FIA stewards at the Brazilian Grand Prix ahead of Saturday’s running. 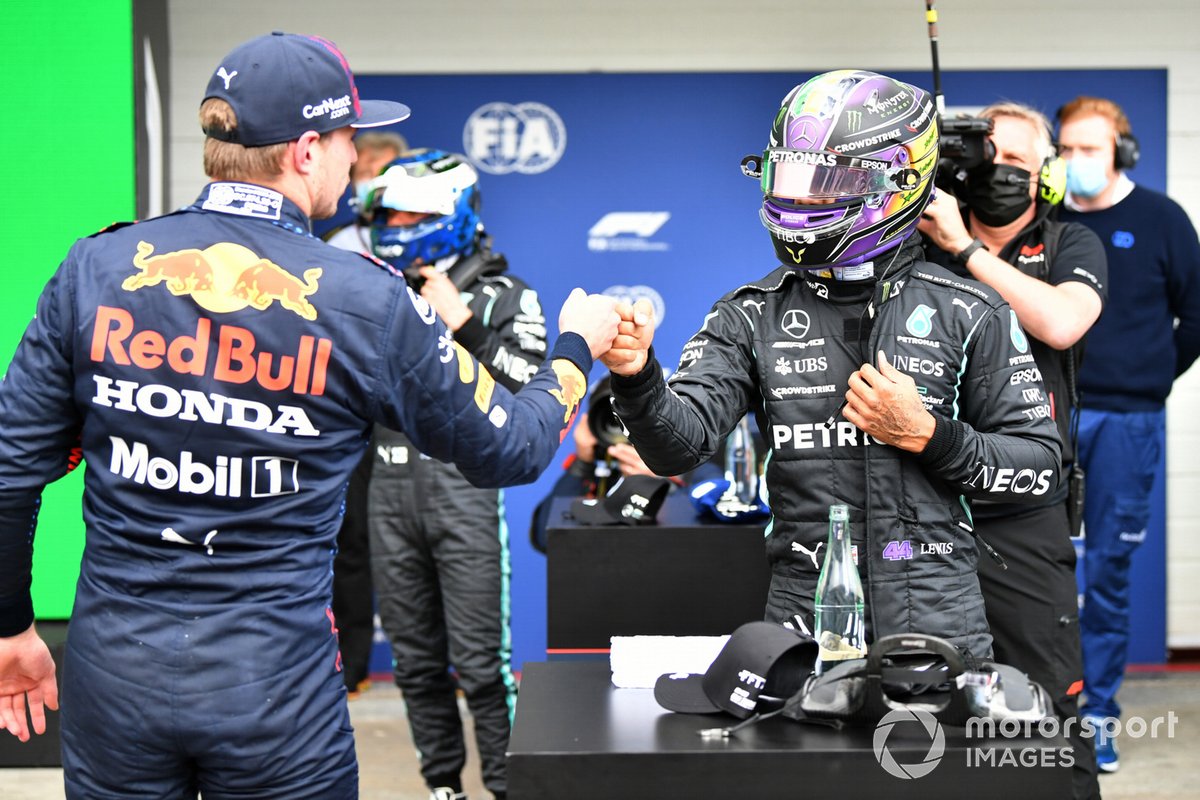 The 24-lap sprint race is scheduled to begin at 4:30pm local time at Interlagos (7:30pm GMT), and will offer three points to the winning driver.

Verstappen currently leads Hamilton by 19 points at the top of the drivers’ championship, having won the last two races in the United States and Mexico.