The Formula 1 race stewards in Brazil have adjourned the hearing over the technical breach by Mercedes on Lewis Hamilton’s car until the morning, awaiting further evidence.

Hamilton topped qualifying at Interlagos on Friday afternoon, beating title rival Max Verstappen by four-tenths of a second at the end of Q3.

But FIA technical delegate Jo Bauer found in his post-session checks that the DRS (drag reduction system) on Hamilton’s Mercedes W12 car was not in compliance with the rules.

The gap between the two rear wing planes when the DRS is open must not exceed 85mm per the FIA’s technical regulations, but the DRS on Hamilton’s Mercedes was found to go beyond this limit.

This put Hamilton at risk of being excluded from qualifying, with Mercedes being summoned for a hearing beginning at 7:15pm local time.

A lengthy wait followed before confirmation arrived just before 10pm in Sao Paulo that there would be no decision on Friday night.

An FIA spokesperson confirmed the hearing had been adjourned by the stewards “as they await further evidence that will not be available until the morning”.

This was followed by a bulletin from the stewards asking Bauer “to supervise the removal of the rear wing assembly of Car 44, and to impound this part under seal.”

It added: “Further, the Technical Delegate is to supervise the transition of Car 44 into overnight conditions, permitting only those actions needed to store the car.” 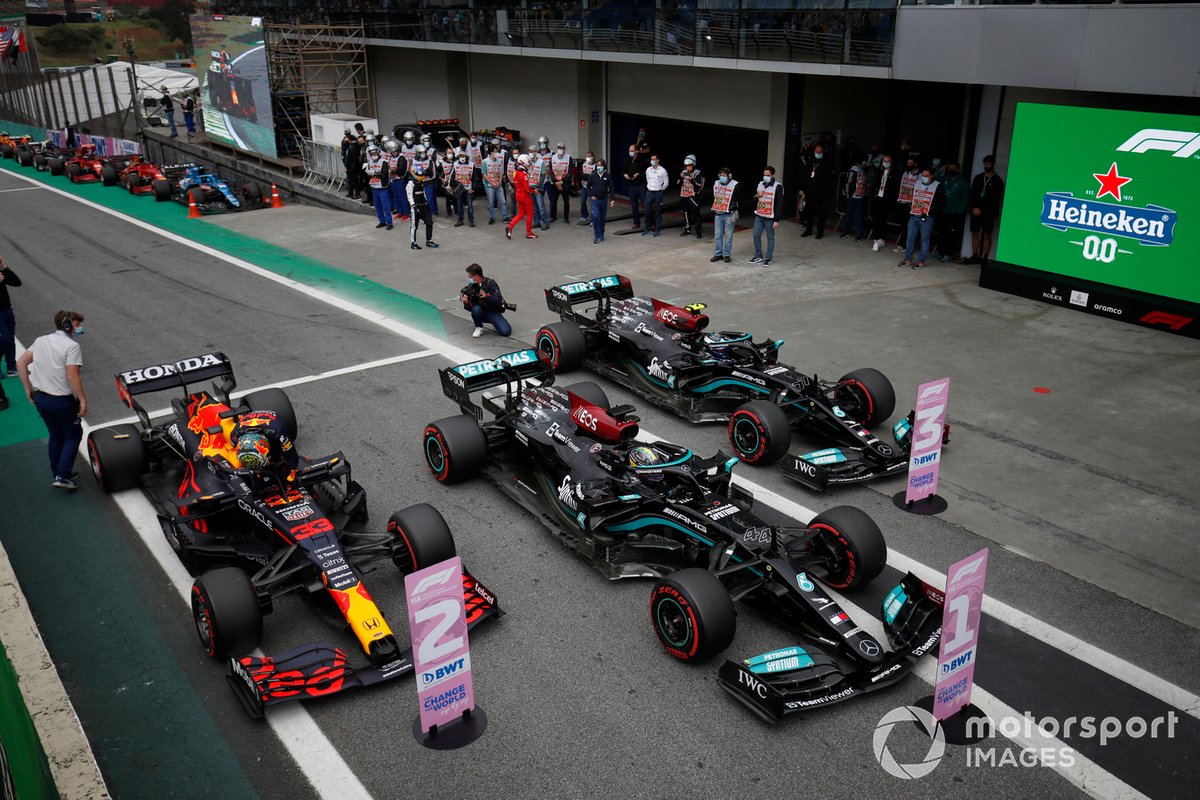 A video emerged on social media showing the DRS test being conducted on Hamilton’s rear wing as officials checked to see if the flap opens beyond the permitted 85mm margin.

A fan video from the grandstands also appeared to show Hamilton’s title rival, Max Verstappen, looking and briefly touching Hamilton’s rear wing after parking his car at the end of qualifying.

The FIA confirmed during the wait that scrutineering had been completed on the rest of the field and found no other rule breaches, amid intrigue from fans about Verstappen’s rear wing during qualifying.

Should the stewards opt to exclude Hamilton’s car from qualifying, he would start Saturday’s sprint race from the rear of the field.