Max Verstappen took pole position for Formula 1’s 2021 Styrian Grand Prix ahead of Valtteri Bottas and Lewis Hamilton, who made a mistake on his final Q3 lap.

Verstappen will start alongside Hamilton on the front row as Bottas will take a three place grid penalty for his FP2 pitlane spin, with the trio the only top 10 runners getting through Q3 on the medium tyres, with which they will start Sunday’s race.

At the end of Q3, Verstappen set two laps that were good enough for pole, but it was his 1m03.841s time from his first run that clinched it.

The Red Bull driver ran at the rear of the queue for the final Q3 fliers, but ended up posting a 1m03.919s with his last effort.

Bottas improved to second with his final run, but the 0.194s difference to Verstappen meant the championship leader was the only driver to break the 1m04s bracket.

Hamilton unusually had three goes in Q3 as he took the track almost immediately after the final segment began, posting a 1m04.208s. 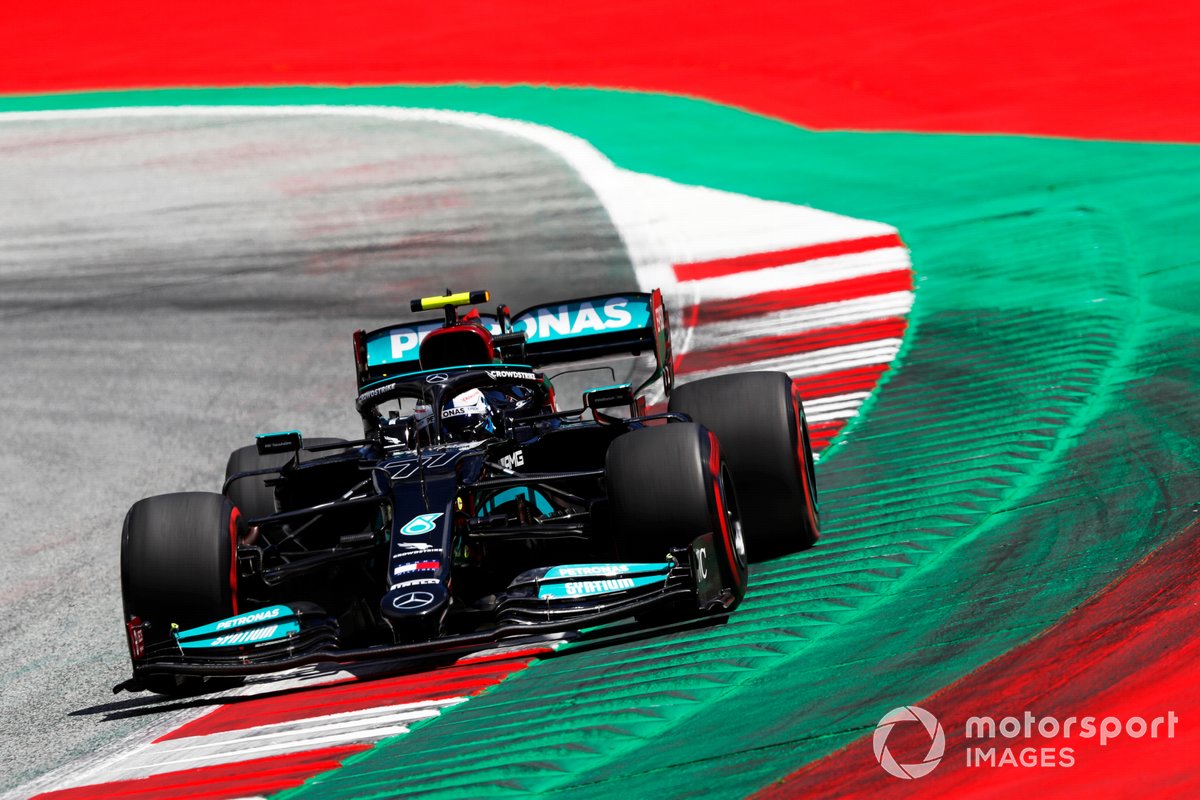 He came into the pits and then joined the usual sequence for two further runs, with his middle effort – a 1m04.067s – ending up being his best, when he posted the fastest time in the first sector, as Verstappen came away with the best times in the first two thirds of the lap from his first run.

Hamilton followed Verstappen out of the pits ahead of the final runs and completed a much faster outlap where he overtook a gaggle of cars touring slowly through the final turns and waiting to begin their laps.

The world champion ended up following Ferrari’s Charles Leclerc, who ended up P7, and was 0.2s down on Verstappen’s first run time at the end of the first sector, which became 0.45s down after the middle third was complete.

Hamilton then had to catch an oversteer snap as he ran through the penultimate corner and was sent wide, the time being deleted for a track limits offence even though he ended up posting a lap over two seconds slower than his personal best.

Lando Norris took fourth ahead of Sergio Perez, with the duo each to be boosted one spot up the grid on Sunday by Bottas’s penalty.

Pierre Gasly was sixth, with his team-mate Yuki Tsunoda ending up behind Leclerc but facing a post-qualifying investigation after appearing to hold up Bottas at Turn 4 during the Finn’s first flying lap in Q3. 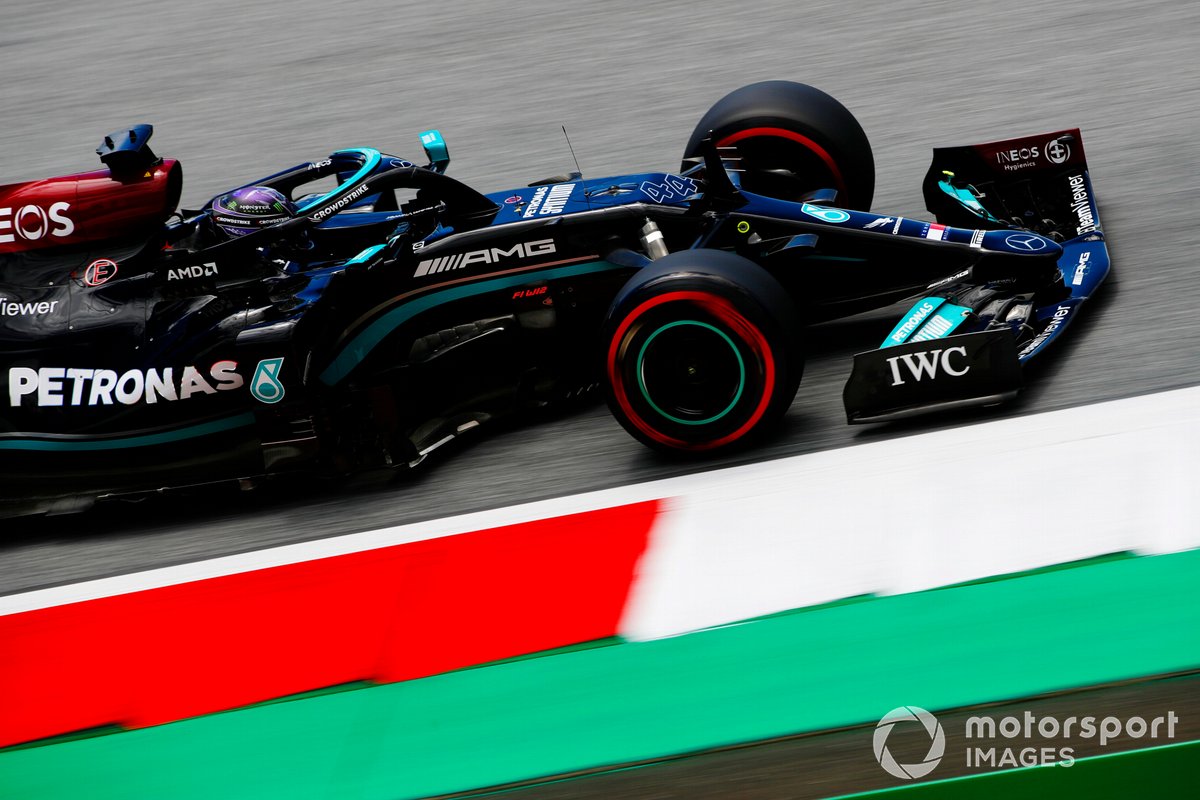 Alpine’s Fernando Alonso took ninth ahead of Aston Martin driver Lance Stroll, who made it into Q3 despite having his final lap in Q2 deleted for a track limits infringement by running too wide at the final corner.

At the end of Q2, George Russell ended up P11 and just 0.008s from a first Q3 appearance for Williams after Alonso’s last-gaps improvement knocked the Briton out.

Carlos Sainz Jr lost his best time in Q2 – the 1m04.711s he set on his final run in the middle segment – for running too wide out of the penultimate corner, but he would have been behind Russell in any case.

Daniel Ricciardo was only 13th in the second McLaren, ahead of Aston’s Sebastian Vettel – who lost an identical time to Sainz’s deleted effort on his final lap in Q2, but the German driver had his taken away for running to wide at the final corner.

Antonio Giovinazzi made it through to Q2 for Alfa Romeo, but ended up 15th and last of the Q2 runners.

In Q1, Nicholas Latifi and Esteban Ocon were shuffled down the order as other drivers improved on their final laps – with the latter a shock exit despite setting a personal best on his last effort for Alpine.

Kimi Raikkonen also set a personal best on his final flier but was dumped out in 18th, the Finn also skating through the gravel at Turn 4 – the long, downhill right at the end of the track’s third long acceleration zone – at the end of the runs in the middle part of the opening segment.

Mick Schumacher abandoned his final Q1 run after catching an oversteer snap and taking to the runoff at the exit of the first corner, but his previous best effort still kept him ahead of his Haas team-mate Nikita Mazepin, who brought up the rear of the field.