The Circuit of The Americas is making plans to welcome more than 20,000 additional Formula 1 fans to this year’s United States Grand Prix, capitalising on growing American interest.

F1 is set to return to Austin in October after the COVID-19 pandemic forced last year’s race to be cancelled. The track is planning to stage its usual concert events, announcing performances from Billy Joel and Twenty One Pilots, and is braced for a bumper crowd amid F1’s surging interest levels in the United States.

COTA chairman Bobby Epstein believes this year’s United States Grand Prix is going to be “our best ever”, revealing that additional fan areas are being opened up due to unprecedented ticket sales.

“By knowing that, far enough in advance, we’re able to add a lot of fun content around the event. The extra four months to know the budget is there to make it an incredible experience is really nice. 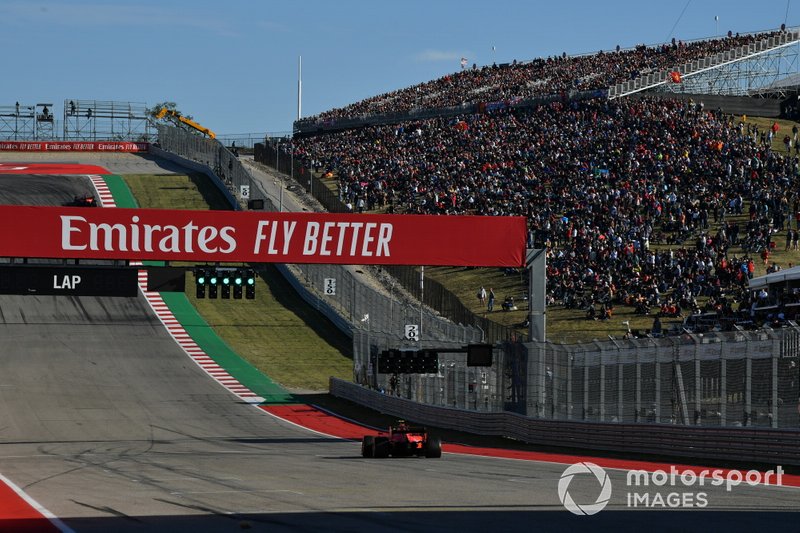 “We have sold out for the capacity that we would normally prepare for. But because we have time, we’re actually preparing infrastructure and adding bridges to cross the track, to open up new areas of the circuit that we haven’t previously utilised.

“We’re going to go from sold out, to not sold out, to sold out again. We hope to put some more tickets on sale in a month.

“It should allow for another 20,000 plus. It will be more in the realm of a Silverstone crowd.”

Epstein said that he was “optimistic” this year’s race weekend on 22-24 October could run as a “normal event”, with F1 having recently announced the British Grand Prix as the first race to welcome a capacity crowd since the start of the COVID-19 pandemic.

“We’re in June, and the progress between February and June has been exponential,” Epstein said.

“It’s my hope we will continue on the same trajectory, and as more and more people get vaccinated, and as the summer progresses, we continue to return to normal.”

F1 is known to be giving thought to running a second race in Austin later this year to boost the calendar if required, with concerns lingering over the events in Australia and Brazil.

While Epstein said that COTA was “prepared to do whatever is best for the sport”, he made clear that talks had not become serious.

“For us, it’s very easy to host two races, but in terms of that actually happening, we’re far from knowing,” Epstein said.

“We had a casual conversation, actually before Baku. We haven’t talked about it.”