Vettel became agitated on team radio during the Mexican Grand Prix when Max Verstappen did not give up his third place after running off track when defending.

That led to a series of expletive-laden messages, including one directed at FIA Formula 1 race director Charlie Whiting, before team boss Maurizio Arrivabene instructed him to calm down over the radio.

Earlier in the Mexico weekend he had called Fernando Alonso an "idiot" during Friday practice when he felt he was baulked by the McLaren driver.

Vettel said he did not understand the fuss over the messages, insisting it was the adrenaline and emotion that caused his frustrations to boil over in the heat of the moment.

But his former team-mate Daniel Ricciardo described Vettel's frustration as "uncharacteristic" and a "bit too much".

When asked for his opinion on the emotional messages, Vettel's 2009-14 team boss Horner replied: "It's not an attribute he had when he drove for us.

"Obviously his frustration is vocalising and everybody can hear that." 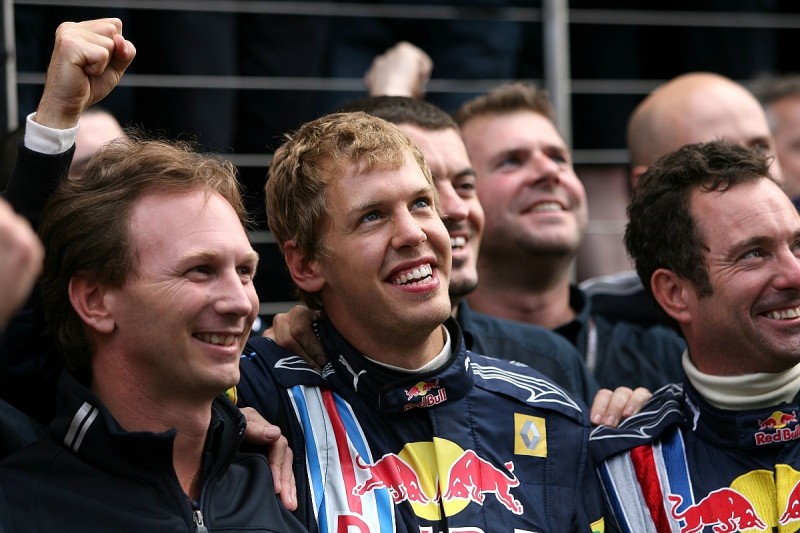 Vettel only escaped sanction for his behaviour after writing letters of apology to Whiting and FIA president Jean Todt.

Speaking before the FIA's decision, Horner suspected Vettel's comments might attract a penalty.

"Of course, in the heat of the moment there is always going to be emotion from the drivers," he said.

"If football players had microphones on then their language would be an awful lot bluer than what was going out on track.

"But in any sport what you cannot do is give abuse to the referee.

"So I would be surprised if that went unreprimanded."