The Ferrari driver moves ahead of Fernando Alonso in our season-long average scores, after registering the highest rating among Autosport Plus members in Canada with a 9.5/10.

Alonso's 7.2 rating from Canada drops him to second in the field, while Monaco GP winner Daniel Ricciardo hangs onto third following a relatively quiet weekend in Canada.

Impressive Sauber rookie Charles Leclerc continues to raise his standing in the eyes of fans, with his 9.1 rating from Canada vaulting him up three places to fourth overall after seven races.

Who delivered and who flopped? Submit your Canadian Grand Prix driver ratings today

That makes him the joint biggest climber after the Montreal race, with Nico Hulkenberg also moving up three places to eighth after winning the 'class B' race for Renault.

Kevin Magnussen, who led these rankings earlier in the season, falls another place to fifth, ahead of Valtteri Bottas, whose outperformance of team-mate Lewis Hamilton in Canada has vaulted him ahead of the reigning world champion. 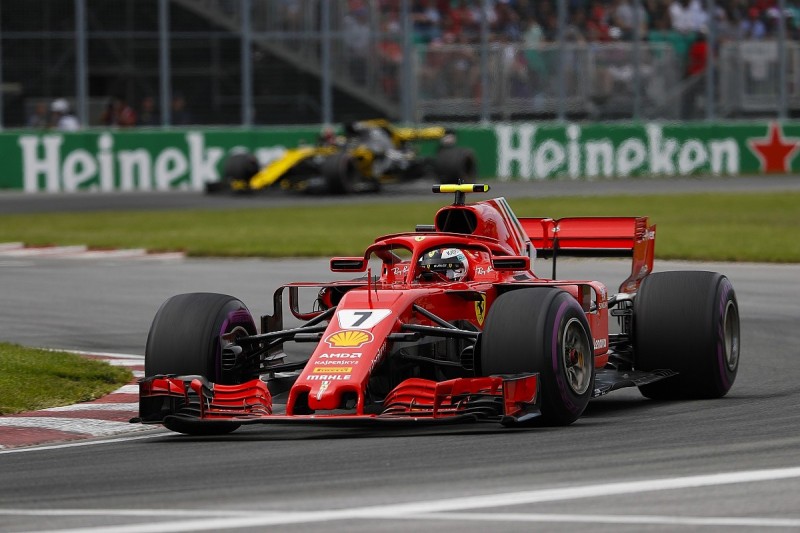 The biggest fallers in the field are Kimi Raikkonen and Lance Stroll, with the Ferrari driver dropping three places to ninth behind Hulkenberg, while Stroll falls to the bottom of the pile having registered the lowest average score for the race (3.5/10) for the second grand prix weekend in a row.

Two drivers benefiting from Stroll's slide to the bottom are Max Verstappen - who climbs two places from 19th to 17th after registering his highest score of the season so far (8.6) - and Romain Grosjean, who came away from a weekend of misfortune in Canada with an 8/10 score that was enough to move him off the bottom at Stroll's expense.