The career of the seven-time Formula 1 world champion, who continues to recuperate from a head injury sustained in a skiing accident in December 2013, is being celebrated with a selection of his cars, trophies, helmets and race suits from his two decades racing in F1.

As well as seven Ferraris, the exhibition includes his title-winning Benettons and the Jordan in which he made his grand prix racing debut in 1991.

The private collection was unveiled to the press on Friday at Motorworld Cologne Rhineland, a former aircraft hangar converted to house a prestigious classic and sportscar exhibition.

Schumacher's collection takes up an area of 1000 square metres and will open to the public from this weekend.

It will be free to visit seven days a week. 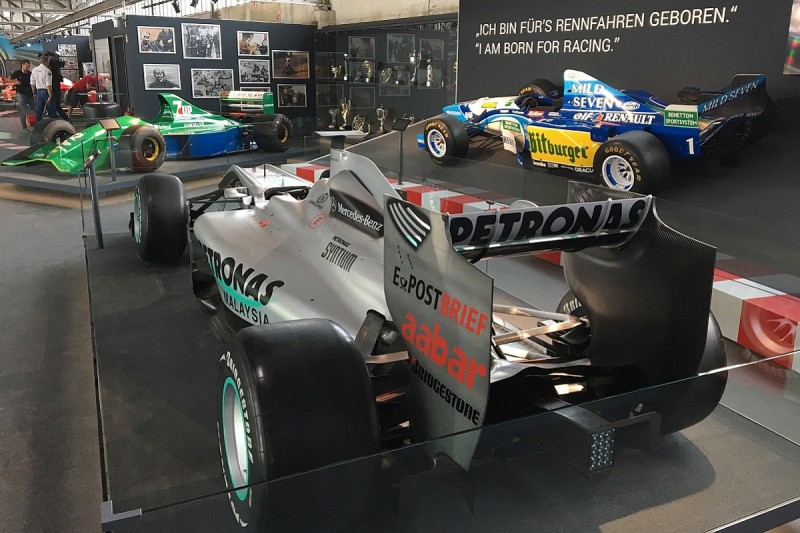 "The Michael Schumacher Private Collection is a huge thank you from the Schumacher family to the many fans of Michael and motorsport," said Sabine Kehm, Schumacher's manager.

"It displays significant pieces from his personal collection. The fact this exhibition has found a home at Motorworld Cologne Rhineland is perfect for us.

"It's situated a few kilometres away from Michael's home town of Kerpen, while sharing a passion for cars."

Schumacher's collection of memorabilia at the site includes race winning trophies, family photos, press-cuttings and is also supplemented by archive videos and testimonies from former team bosses, such as Jean Todt and Flavio Briatore and fellow F1 drivers Sebastian Vettel and Felipe Massa.

Doors will open on Saturday morning and organisers are expecting up to half a million Schumacher fans to visit each year.