Vettel finished Friday's second practice at Spa-Francorchamps close to half a second down on pacesetter and title rival Lewis Hamilton, and was slower than team-mate Kimi Raikkonen in both sessions.

Vettel said he had struggled for feeling on his shorter runs on Friday, but that he had not done as good a job as he could have.

"Overall, the car is OK. We just need to put it more together.

"It was a bit so-so, I didn't find the rhythm, especially on the short run.

"The long run was better. Overall, I think the car is there to do the job, to go fast, but we just need to get it right on all fronts.

"I need to do my job and then we should be fine.

"I wasn't doing the best job today, I didn't find the rhythm the way I wanted to. So I know I can go faster." 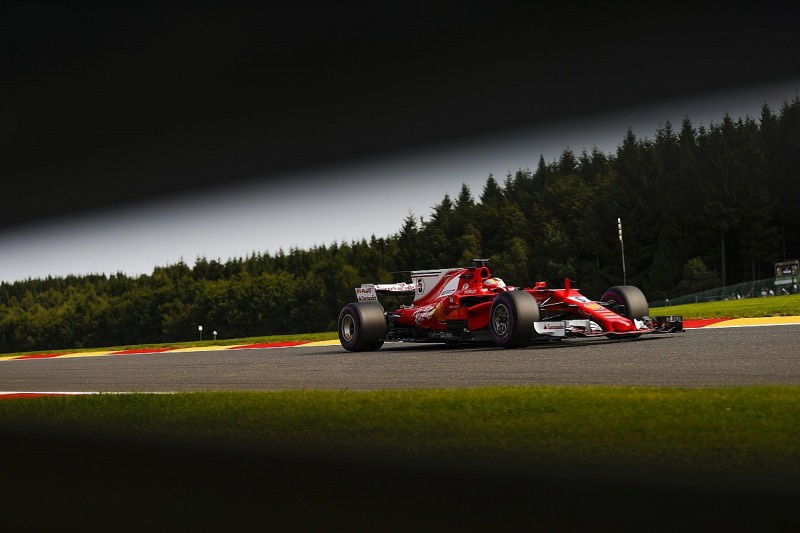 Vettel conceded Mercedes was favourite around the Spa circuit on the evidence of Friday's running, but hoped an improved performance from himself would allow Ferrari to give Mercedes "a hard time".

"I think they [Mercedes] look very strong," he said. "Whenever they went out, they had the possibility to go fast.

"It's a long track and it's not so easy to put everything together.

"What everyone is looking at is always the times, the lap time itself, but there is a bit more to it. They look very strong no doubt.

"Friday is difficult to judge because on Saturday everyone seems to make a step.

"If we can make the same step, then yeah, we can be close. Mercedes is the favourite but we are here to give them a hard time.

"The grip is fine, but we just need to find the right balance.

"I'm sliding a bit too much in places with the rear, washing out with the fronts.

"It's stuff I can influence by driving differently. It should be fine tomorrow."