Toro Rosso and Honda say no official communication has taken place over an engine supply for next season, but it is understood talks were held and have come to an end.

McLaren has the right to veto any request for an additional Honda customer team, but gave permission for it to supply Sauber before that deal collapsed.

Asked if McLaren was asked to bless a Toro Rosso-Honda union, McLaren executive director Zak Brown said he would not comment on any "official" discussions but revealed the team was contacted by Red Bull about helping with a gearbox.

"We did bless the Sauber arrangement, which we were officially asked to, and started to get to work on a gearbox," said Brown.

"I don't think it's appropriate for me to disclose any conversations we've had [regarding a deal between Honda and Toro Rosso].

"What I would say is we would be very supportive of Honda having a relationship with Toro Rosso and had been asked by Christian [Horner] if we would be in position to help with a gearbox if asked." 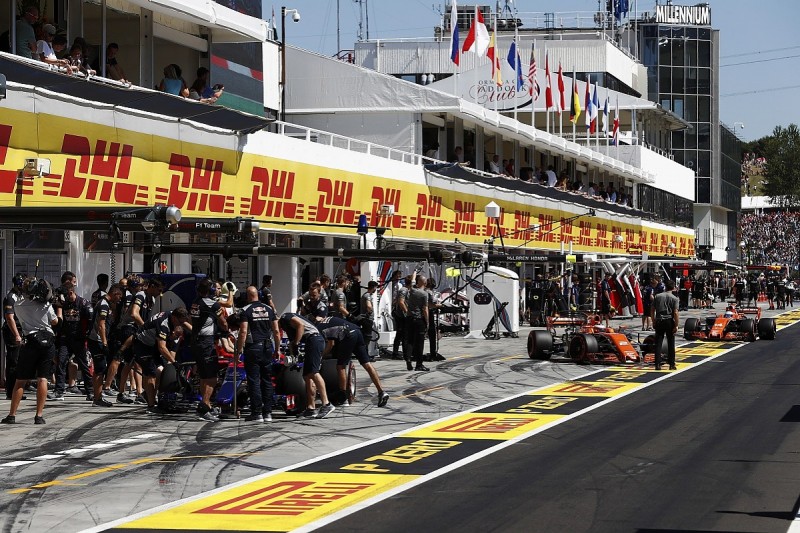 Hasegawa said Honda "didn't ask to start a conversation with Toro Rosso to McLaren, because we didn't have any official conversations".

Asked if Toro Rosso was still a contender for a Honda engine supply in 2018, Hasegawa replied: "I don't think so. We don't have an official conversation about that."

Tost was asked if Toro Rosso would stick with Renault engines immediately afterwards, but only reiterated the point that "there has never been official negotiation or talk between Honda and Toro Rosso".