Massa crashed early in the morning session before recording a flying lap, and after inspecting the damage his Williams team was forced to instigate a switch to the spare chassis.

In such circumstances the FIA rules ensure that a driver cannot run again on the same day, as the car has to be re-scrutineered the next morning, forcing Massa to sit out practice two as well.

"I was on the first lap just trying to understand the track," he said.

"When I touched the inside kerb in corner seven the rear of the just came round.

"I lost the rear and I couldn't correct it.

"It was a very small run-off area, so I couldn't avoid a crash."

Massa missed the last grand prix in Hungary due to a health problem, but was adamant he felt fine in the car in Belgium and that his illness was not a factor in the crash.

"I didn't feel dizzy any more since the week after Hungary, for sure I didn't crash because of that," he said.

He admitted it would be very difficult going straight into Saturday with no real knowledge of how the 2017 cars behave on a circuit where driver confidence is so important.

"It's a track where you need to put a lot of confidence in the corners, the high speed and everything, understanding the car, and learning the new car with more downforce," said Massa.

"For sure it's not positive what happened today.

"I don't have enough time to understand the car, this is a shame, but I really hope tomorrow will be a different day.

"I have to drive as much as I can and try to learn this car on this track, the set-up and everything, just to be as prepared as possible for the qualifying." 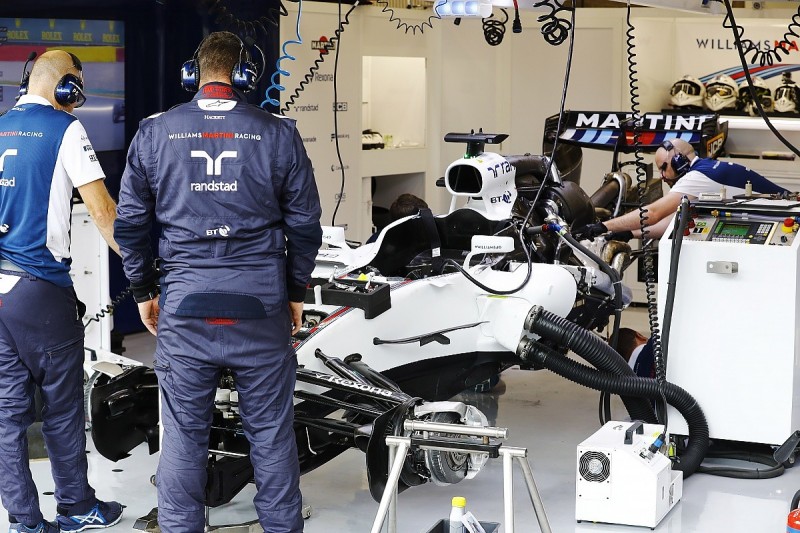 The remaining Williams of Lance Stroll was only 17th on Friday.

"The car didn't show very competitively today," said Massa. "And this is a shame, as we cannot even learn so much from what you see in the other car."

Stroll said Williams's problems were "very similar" to what it faced in Austria and Britain.

"It's difficult in the high-load, long corners," he said.

"We don't have the stability we're looking for at the moment, but that can change."

Asked if that was harder to solve with the lack of data from Massa's car too, Stroll replied: "It never helps. But these things happen and we need to make the best out of it."