The Swiss outfit is the only team yet to score a point this year, with Manor having grabbed one in the Austrian Grand Prix to currently occupy the vital 10th place in F1's constructors' championship.

Sauber now has five races to avoid its second point-less season in F1, which would be its second in three campaigns.

Nasr fears its current pace is unlikely to be enough to change that, even with another update - believed to be a revised floor - due for this weekend's Japanese Grand Prix at Suzuka.

"We have some minor updates coming into Japan so let's reassess where we're going to be," he said.

"We just need a bit of luck, we need the safety car playing in our hands.

"At the moment, external facts have to come together and then we might get a point that way but purely on pace, myself or Marcus [Ericsson], we don't have the pace to be in the points."

Nasr was running in 15th place in last Sunday's Malaysian Grand Prix when he was forced to retire due to a brake-by-wire issue with 10 laps remaining.

The Brazilian felt the pedal go long on the approach to the final corner, pulling into the pits to retire.

"Unfortunately, we had to abandon the race," Nasr told Autosport.

"We had a brake-by-wire system failure so we had to box the car for that.

"It happened in Turn 15. The pedal just went long." 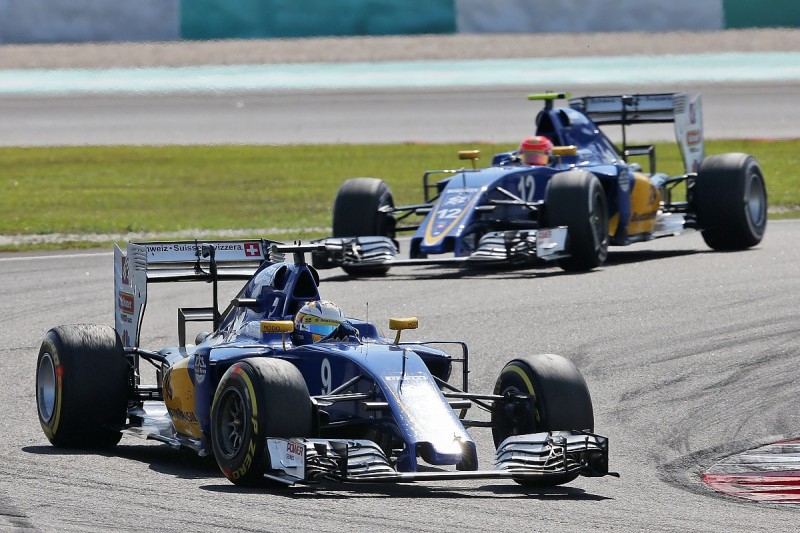 Sauber will also investigate a potential clutch problem, following slow starts made by Nasr and team-mate Ericsson at Sepang.

Both drivers got away from the line cleanly, but struggled in the second phase of the start.

"I had an awful start off the line," Nasr said.

"We got the bite on the formation lap, it was good.

"We went to the start, I just dropped massively going into Turn 1.

"They are looking at the clutch, as Marcus had a similar thing as well.

"If you look at the footage, we had quite a good jump and then we stay [there], we don't drive off the next 100 metres, it's just really poor."

Ericsson finished the race in 12th place, his drinks system having stopped working on the opening lap as cockpit temperatures reached 60C.

"I had to go through the whole race distance without any liquids," he said. "That was really tough."

BRDC sets deadline for Silverstone to find a buyer