Palmer clinched 10th place at Sepang in his Renault to finally break his duck in F1 at the 16th attempt in his rookie season.

Palmer has conceded it was fuelled by memories of his late spin at the Hungaroring in July when running in 10th place, which resulted in him coming home 12th.

Asked by Autosport whether it was a key moment for him to score given his future with the team is uncertain, Palmer replied: "Yeah, and especially after what happened in qualifying as well.

"I was so disappointed [to qualify 19th] because I knew the potential we had, but this time we had a chance, we put everything behind us and did the job.

"After Hungary it was in my head, and in the last 10 laps I thought 'Just keep it on the track'.

"But I learned from it, kept focused, no mistakes, just kept the gap to [Carlos] Sainz [behind in 11th], and then in the end I managed to stretch away in the last couple of laps.

"We had a little bit more in reserve, but I'm always learning and the trend is still improving throughout the year, even if sometimes like in qualifying I didn't show well." 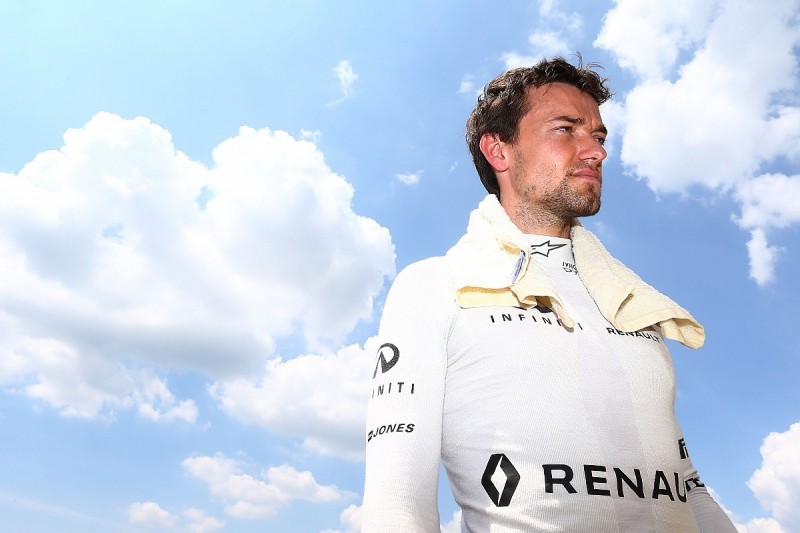 Palmer concedes there were three key points to his success, primarily a one-stop strategy after convincing the team it was the right plan, and then his management of the tyres.

"The one stop was good, but the main thing was keeping the tyres alive, we kept the pace up and the tyres going," added Palmer.

"To go hard-soft [strategy] gave us an advantage, but we could only do that by going 31 laps on the hard, and 25 on the soft, so we really eked everything out.

"On Friday I felt the pace was really good on the long run, and I was pushing the team saying 'we can really stretch these stints', and finally they agreed."

Palmer admitted he had a stroke of good fortune with Lewis Hamilton retiring 15 laps from home with a blown engine.

"I finally had a little bit of luck with the Mercedes dropping out when I was 11th," said Palmer.

"Beforehand these things haven't gone my way, it's always when I've been further down people have dropped out.

"Finally it's come my way, and this is long overdue - big time.

"But we've also beaten some quicker cars, so overall we did a pretty good job, with everything coming together."