Sauber has no plans to run Ferrari's latest-specification engine at any point this Formula 1 season, because the penalties it will incur will be too severe

Ferrari used its final three development tokens on an upgrade that was introduced at Monza but only the works team and customer Haas's drivers took a new ICE, turbo and MGU-H.

If Sauber's Marcus Ericsson and Felipe Nasr changed all three of those elements, they would each be handed a 20-place grid penalty.

That would severely hamper Sauber, which is desperate to score points and elevate itself above Manor into 10th in the constructors' championship over the remaining six grands prix.

"The call has been made by the engineers, sitting together with Ferrari," said team boss Monisha Kaltenborn. "They have their valid reasons.

"You have to weigh the penalty you get with what you are getting in return.

"We do not want to risk a penalty, because that would be very tough."

NO RESERVE IS 'AN ISSUE' 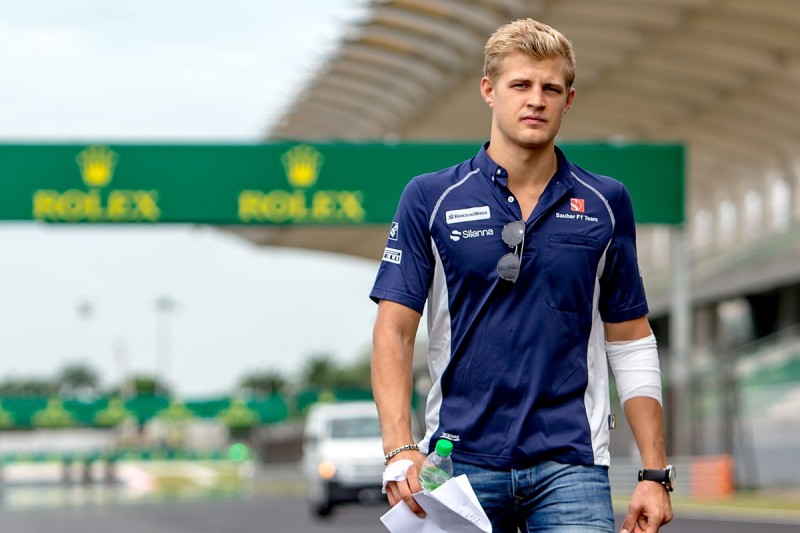 Sauber's lack of F1 reserve driver was highlighted following a freak accident for Ericsson last Saturday, when he hit a chicken while cycling in Thailand.

The Swede, who was travelling at nearly 30mph, escaped with bruising and cuts and says he is clear to race this weekend in Malaysia.

Sauber had a situation in Canada in 2011 when Perez felt unwell in first practice, having spent two days in hospital after being concussed in a crash during Monaco Grand Prix qualifying.

Perez missed the remainder of the weekend and as Sauber had no reserve, it brought in Pedro de la Rosa, who was then McLaren's reserve but had raced for Sauber in 2010.

Kaltenborn said Sauber would have "an issue" if one of its drivers was injured and unable to race, having not replaced 2015 reserve Raffaele Marciello.

"We had a similar situation a few of years ago when we didn't have a reserve driver," she said.

"These are tricky situations. We really would have an issue right now.

"We used to look at the Ferrari reserve drivers, if someone could come [from] there.

"Had he [Ericsson] been injured more severely, we would have had quite a big issue.

"At the moment we are not covered."

Kaltenborn added it is Sauber's intention to have a reserve in place next season, with discussions running in parallel with those focused on race drivers.