The 17-year-old Canadian, who leads the Formula 3 European Championship, joined the Williams young driver development driver programme at the end of last season and has impressed the team with his application to the role.

Several drivers had been linked with a move to Williams to replace Felipe Massa, including Sergio Perez, Felipe Nasr, Marcus Ericsson and Jenson Button.

But Button will remain in a reserve role with McLaren while not racing, Perez is expected to stay at Force India and Nasr and Ericsson are now believed to be on course to stay put at Sauber. 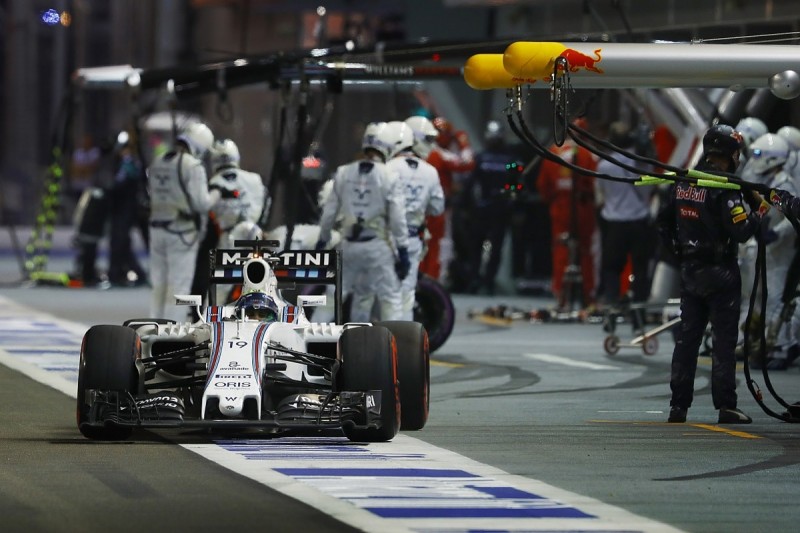 No official announcement has been made, but it is believed Stroll is now close to agreeing a deal with Williams.

Stroll, who is backed by retail billionaire father Lawrence, has carried out extensive work in the Williams simulator, primarily focused on his F3 campaign.

He also began an on-track programme in August, which involves him driving a 2014-spec F1 car.

The primary aim of the running is to familiarise himself with F1 machinery, with in-car days scheduled right up until February next year.

Stroll is on a similar programme to the one that Valtteri Bottas completed to prepare him for his F1 debut.

It is believed Bottas will be named as Stroll's team-mate and extend his stay as a race driver into a fifth season.

Stroll, who turns 18 at the end of October, leads the European F3 championship by 68 points and could win the title this weekend at Imola.

He has already accumulated enough superlicence points to be eligible to race in F1 next year.

Max Verstappen has made Daniel Ricciardo raise his level in F1

Drivers vote Senna the greatest ever