Sauber has brought a new floor to the Monaco Grand Prix, completing its Formula 1 update package that was partly introduced last time out in Spain

The team had planned to run the whole package at Barcelona, but it needed more time to work on the floor.

As a result, a series of other parts that were ready could not be added to the car until the floor was completed.

In addition to the floor and a Monaco-spec rear wing, Sauber will run new sidepod deflectors, rear brake ducts and additional bodywork elements.

It comes after it ran a new rear wing, front wing flaps and front brake ducts in Spain, where Pascal Wehrlein scored the team's first points of the season with eighth. 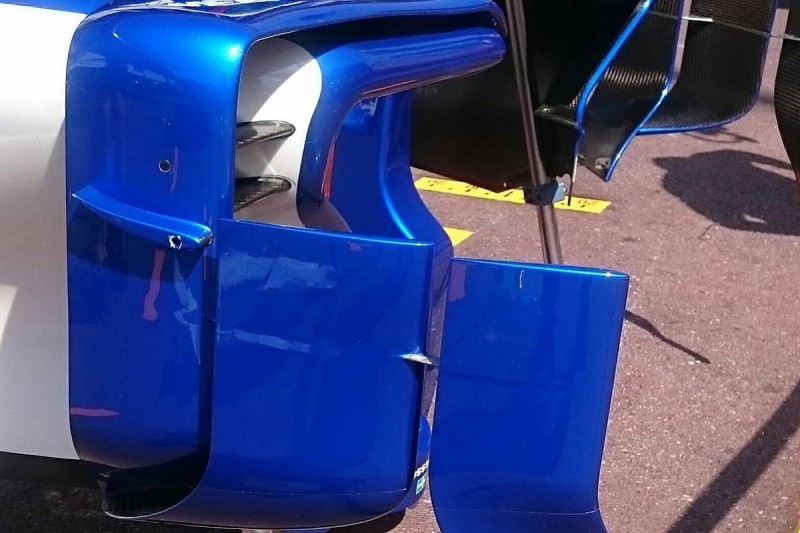 Sauber is planning "aggressive" development for the rest of the season in a bid to overcome the deficit created by running a year-old Ferrari engine.

The next update package is planned for Austria in July, with further upgrades scheduled for the British GP at Silverstone a week later.

The team also plans to run new developments at the post-Hungarian GP two-day test in August.

"We have made our development plan a step more aggressive," said team principal Monisha Kaltenborn.

"That's what we will be implementing, focusing on the next race in Monaco and then the races to come - Spielberg and Silverstone.

"We are not going to give up the season just because we have an old engine."

Sauber driver Marcus Ericsson said the intention was to run the complete package throughout the weeknd.

"Bringing it to a track like Monaco, it's impossible to get a read on how much we gain," he said.

"So we won't know how much of a step we've made.

"The plan is to put it on and unless it's undriveable, we're going to run it all the time.

"But it must be better than what we had before."

He said it was hard to tell whether the strong result at Barcelona was due to the first part of the update package.

"We didn't expect to be that strong in Barcelona," Ericsson admitted.

"There were different reasons for the form.

"Also, we found some things with the set-up and with the tyres to get them to work better.

"All these things together then made us make a big step. It was quite unexpected."