Carlos Sainz Jr entered initial talks with Ferrari over a 2021 Formula 1 deal "without trying to believe it too much", assuming it was talking to a number of drivers

Ferrari announced last May it had struck a deal for Sainz to join the team on a two-year contract from 2021, replacing four-time world champion Sebastian Vettel.

Sainz has been one of the stand-out performers in F1's midfield over the past two seasons, scoring two podium finishes, as well as leading McLaren to third in the championship last year.

The Spaniard has quickly embedded himself at Ferrari, completing his first simulator run at its Maranello base on Friday afternoon.

Reflecting on when Ferrari first got in touch over a 2021 race seat in the months prior to a deal being agreed, Sainz said he tried not to believe it too much, thinking that the team would be talking to lots of drivers.

"The first time we got in contact, you can imagine, you go into it without trying to believe it too much," Sainz told Autosport.

"[You're thinking] they must just be talking to all the drivers. So I tried to be very relaxed about it. I tried to keep my focus always on the present.

"But during the lockdown, there was nothing to do. There was not a lot to think about, so I started to get a bit more interested and a bit more keen. 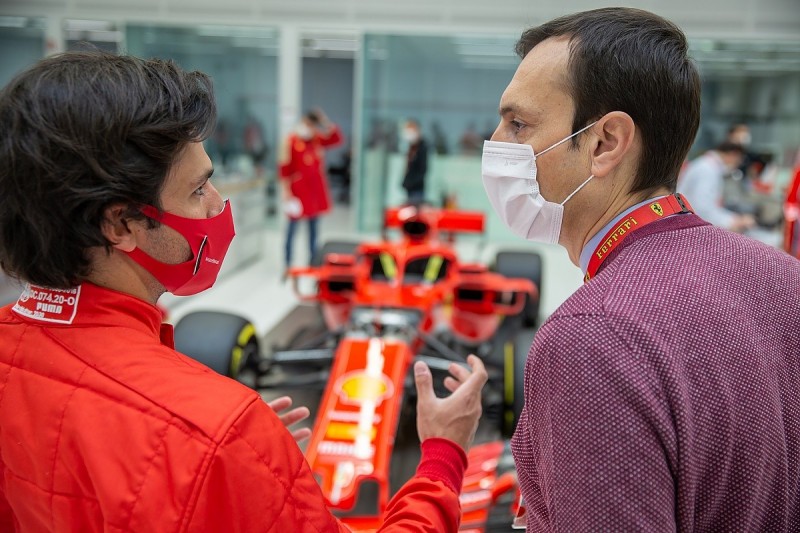 "All of a sudden, everything started happening very quickly during that period of time."

Sainz was named as Vettel's replacement just 48 hours after the German's departure from Ferrari was confirmed, all coming before the start of the delayed 2020 season.

Sainz felt braced for a wave of questions and scrutiny when the new season did begin following the Ferrari announcement, but praised how the McLaren team handled the situation to avoid any pressure building.

"When you sign for Ferrari, you know what's coming, all the media attention," Sainz said.

"It was in the middle of lockdown, and I knew that going into Austria, a lot of questions were going to be asked.

"It's a period of time that you know you're going to get a lot of media attention, especially in Spain. I don't think many people in Spain expected Carlos Sainz to be part of Ferrari maybe one or two years ago. So it got quite big at the time.

"But it very quickly went away. We managed together with McLaren to make sure there were not a lot of stories developing, just focusing on the present.

"We didn't want the stories being generated and we wanted to focus on a very important year that we had. I think it worked really well.

"The relationship with McLaren has always been very open and very relaxed. So never really got to feel a lot of pressure, a lot of weight on my shoulders."