© 2021 Motorsport Network. All rights reserved.
TV Tickets Fashion Giorgio Piola Jobs
Previous / Sainz: Hulkenberg would stay if F1 was about "speed and talent" Next / Why F1 teams should back the reversed grid revolution
Formula 1 News

Kubica made his announcement at Thursday's FIA press conference ahead of the Singapore Grand Prix, and he has signalled his intent to pursue other opportunities, having recently been linked to a DTM seat.

George Russell will continue at Williams for a second season in 2020 with the outfit's third driver and Formula 2 racer Nicholas Latifi favourite to take Kubica's seat.

Nico Hulkenberg - who started his F1 career with Williams in 2010 - remains available after Haas opted to retain Romain Grosjean alongside Kevin Magnussen for next season.

Kubica, who scored Williams's only point in 2019 in the wild German Grand Prix, said: "I am looking for different opportunities.

"In order to evaluate our opportunities, I have taken the decision that I will not continue more with Williams after this year, so I will stop at end of the year with the team, which is a decision I took and this opens up opportunities for me in the future in different scenarios.

"And now I will evaluate what is possible."

When Kubica was asked if he would like to remain in F1, he said: "I always say it took a lot of energy [to return], a lot of time for me to recover, to come back to the sport. 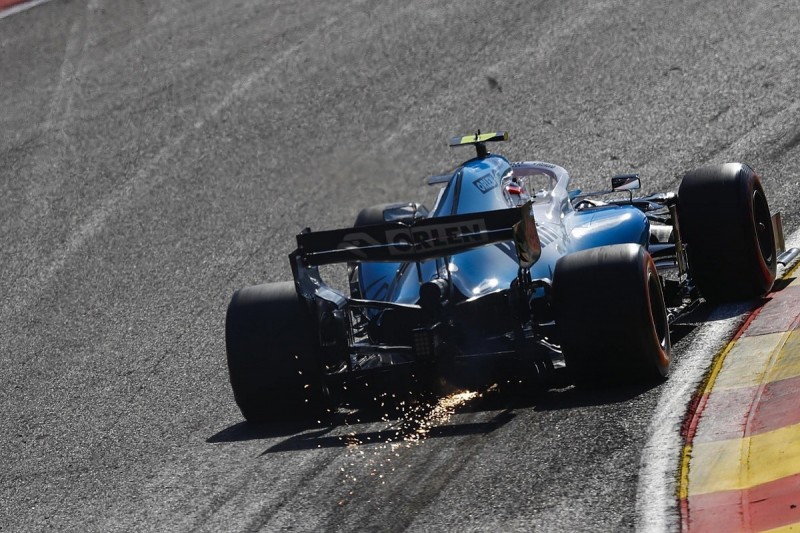 "But not for every cost, and I think I have to, first of all, do what will bring me back a bit of joy of racing.

"Being back in F1 after [a] long time [away] is not easy, especially when you are in a difficult situation like we are.

"But still, nevertheless, I have to thank the team for the opportunity and will see what the future will bring."

Kubica added that he "didn't want to go too much into details" over his future but reiterated he has opportunities elsewhere and would be "very surprised" if he only did simulator work rather than racing elsewhere.

In a press release issued at the same time as Kubica's statement, Williams deputy team principal Claire Williams said she respected his decision.

"I would like to thank Robert for his hard work and respect his decision to leave the team at the end of the 2019 season," she said.

"Robert has been an important member of the team in both his role as reserve and development driver and subsequently as one of our race drivers in 2019.

"We thank him for his continued efforts throughout what has been a challenging couple of seasons and wish him well in his future endeavours."

Why F1 teams should back the reversed grid revolution