Audi motorsport boss Dieter Gass admits he has held discussions with the management of Williams Formula 1 driver Robert Kubica about racing in the DTM.

Kubica is one of several drivers under consideration to partner George Russell at Williams in 2020 and has also admitted to looking to alternatives outside F1.

He has had experience of DTM machinery in the past, having driven a Mercedes in January 2013 in a test that impressed the manufacturer to the point it later said it would consider him for a drive.

Autosport understands that ahead of the Nurburgring DTM round, Audi held informal discussions with Kubica's management team.

When Autosport asked Gass to verify the rumours, he said: "[Kubica is an] Interesting driver for sure, for the DTM in general.

"It's a bit early to comment too much into details of the driver situation for our factory drivers.

"But, if I look back, I think one of the differences [in Audi winning the manufacturers' title this year] was that we had a very strong and balanced line-up.

"Every driver has been able to go on the podium or score big points, so it's not easy to not continue without one of them at the end of the day."

When pushed to confirm the Kubica rumours once again, Gass admitted: "I personally have not spoken to Kubica, but I have spoken to his management.

"You start to see that the interest in the DTM is increasing, even in the categories that are supposed to be above the DTM, and I think this itself is a very good sign."

Gass reiterated that the decision to stick with his 2018 DTM driver line-up of Rene Rast, Nico Muller, Jamie Green, Loic Duval, Robin Frijns and Mike Rockenfeller has given Audi an edge over BMW.

He also pointed out that WRT Audi's Jonathan Aberdein has impressed enough to be in consideration for an Audi factory seat, as the former Formula 3 European Championship driver has qualified and finished inside the top five on multiple occasions this year with the satellite team.

"Pietro [Fittipaldi] is good, but Jonathan is sticking out a little bit [more at WRT]," said Gass. "So somehow, I would like to take him on as well!

"We need to see if effectively we are going to have a place or not [for another driver]." 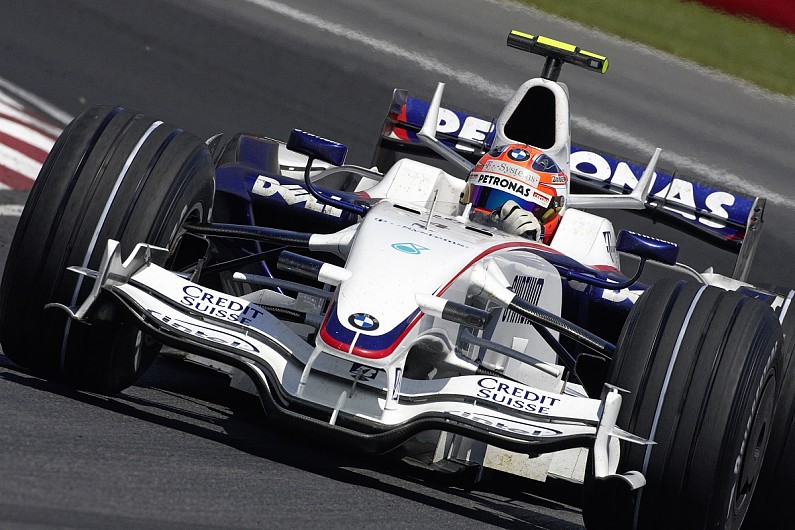 Kubica retains strong links to BMW following his four-year spell as a BMW Sauber F1 driver, in which he won the 2008 Canadian Grand Prix.

When Autosport asked BMW motorsport boss Jens Marquardt if Kubica's management had approached the manufacturer, he said: "People like Robert obviously have a history with BMW.

"We are over the years, with some of our guys, always in contact with him. But I think that's normal, checking [options] throughout the years.

"It's not always talking about 'do you want to race us for next year?'"

R-Motorsport Aston Martin boss Florian Kamelger told Autosport he had not spoken to Kubica or his management and was unaware of any potential DTM interest.

All three manufacturers will make a decision on their line-ups following the end of the DTM season.