Daniel Ricciardo believes the Red Bull Formula 1 team's fight in the Hungarian Grand Prix is with Ferrari for second, and not the pacesetting Mercedes

The Hungaroring has traditionally suited Red Bull, and world champion Lewis Hamilton said on Thursday that he was expecting a battle with Ricciardo and team-mate Max Verstappen this weekend.

However Hamilton led the way in first practice on Friday morning and was 1.827 seconds clear of Ricciardo, albeit with Red Bull not using the super-soft tyres.

Ricciardo was second on Friday afternoon but still 0.595s slower than Nico Rosberg, a deficit he believes is "pretty genuine".

"If we're close on Friday it doesn't change too much on Saturday," he said.

"I would say today's probably quite representative for now.

"I think we looked OK, the super-soft not great but the soft was looking better.

"Generally we're in a pretty good position for a Friday."

Red Bull has closed to within six points of Ferrari in the fight for second in the constructors' championship in recent rounds, and Ricciardo believes battle will play out on track this weekend.

"Of course we'd like to be a bit closer to Mercedes, but at the moment we're with our nose in front of Ferrari," he said.

"It's going to be a good battle tomorrow, I'm looking forward to that.

"If we can stay just behind Mercedes, that's probably what we hope and expect for now."

Ricciardo's team-mate Verstappen was a further 0.74s slower on Friday afternoon, a gap he attributed to a mistake in the final sector on his super-soft tyre run.

The 18-year-old agreed with Ricciardo that "Ferrari is not too far away".

Rosberg was 0.237s down on Hamilton on Friday morning, but took top spot in the afternoon when the British driver crashed.

While declaring it was an "impressive day", he was keen to separate practice from the weekend proper.

"That doesn't necessarily mean we'll be in quite such a strong position tomorrow - but for now it's very positive," he said.

"I'm feeling great out there and the car is very quick, so a good start to the weekend overall.

"We got everything done in terms of qualifying and race-sim work and it's all looking very good.

"I think the new asphalt suits us, so I'm optimistic." 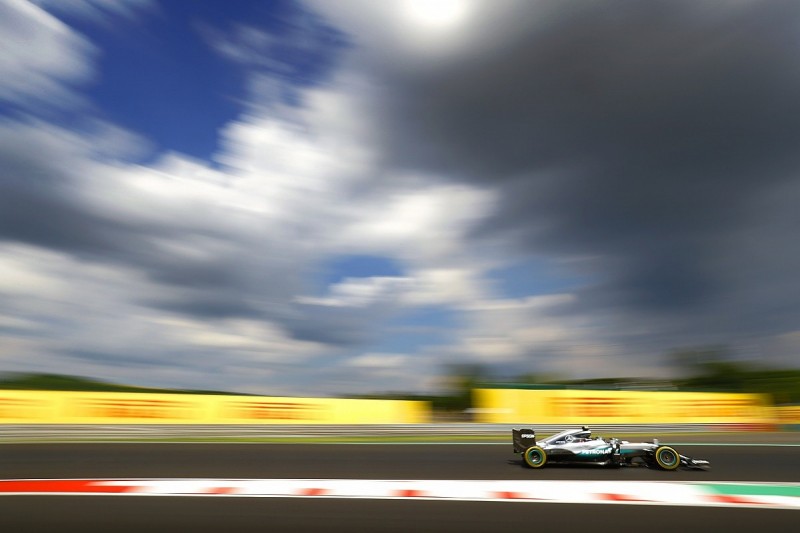