Daniel Ricciardo has denied that he has signed a Formula 1 reserve deal for 2023, but says he is in talks to ensure he will “still be around” the paddock.

Ricciardo has been considering his future options after confirming back in August that he would be leaving McLaren at the end of the season, one year before the end of his contract.

The eight-time grand prix winner has since accepted he won’t be racing in F1 next year but has been linked with a potential reserve role to support one of the existing teams.

During Sky Sports’ coverage of qualifying for the United States Grand Prix, it was suggested that Ricciardo could return to his former team Red Bull in a possible reserve role.

Asked after the session if he had an agreement to become a reserve driver for a team next season, Ricciardo replied: “I don’t, I don’t. For now, everything is just rumours.

“Am I talking? Yes. But there’s no pen on paper or anything like that yet.”

Ricciardo said he would “still be around” as “I still have ambitions for 2024” when he will look to make a full-time return to racing.

“So I won’t completely disconnect from the sport, but obviously nothing’s guaranteed for ’24,” he added. “Like, I don’t have a seat that I can say I’m definitely going to be driving.

“But I’ll still be around and trying to put work in to be back.” 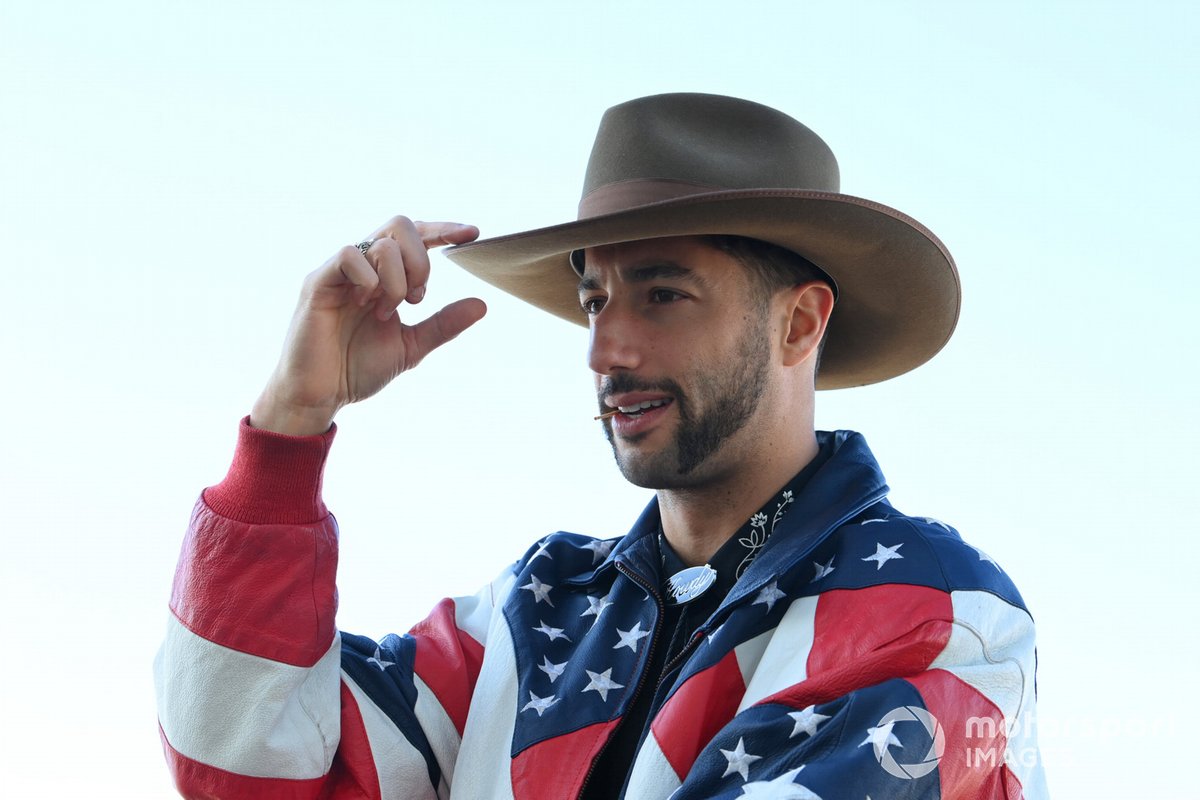 When Ricciardo’s McLaren exit was announced, a number of teams still had vacant seats for 2023, but the driver market has since moved and filled up the drives.

With Williams revealing on Saturday that it plans to field Logan Sargeant in 2023 if he gains enough points for an FIA superlicence, it leaves Haas at the only team with a free seat.

But Ricciardo appeared to distance himself from possibly making a switch to the American team, saying: “With what’s currently available, I feel like I’m better off sticking to the plan I have and aiming for something else.”

Ricciardo has been embracing American culture over the United States Grand Prix race weekend, entering the paddock on horseback on Thursday wearing a star-spangled jacket.

It prompted former F1 driver Romain Grosjean to tweet that Ricciardo was “made for IndyCar”, having made a successful switch himself to the American series last year after leaving F1.

But when asked by Autosport if he would consider making a move to IndyCar, Ricciardo replied: “F**k that. Ovals scare me.

“My Formula 1 career-slash-ambition is not over, so that’s really like first and foremost. I don’t want to deviate, I would say primarily for that reason. But also ovals, nah.

“Ten years ago, I would have said yes. I’m OK to admit that I’m not OK with ovals.”

He added that even a road and street course programme would not be of interest, chiefly because he remains determined to stay within the F1 world.

“They look fun, but I think because I’m just not out of F1, I haven’t really entertained it,” said Ricciardo.

“The romanticising part of it, like America and all that, would be fun. But yeah. It’s more of a fantasy.”