Max Verstappen picked up a puncture while passing Lewis Hamilton at the start of the second lap, which caused gearbox damage that led to his swift retirement, and moments later Ricciardo stopped from fourth position.

Ricciardo said: "Being out so early in a race is just the worst feeling, especially when it's a night race and you are up all day waiting for those two hours and after two minutes it's over.

"This sport can rip your heart out, it's brutal sometimes."

Red Bull team boss Christian Horner said after the Australian GP that Ricciardo recording the fastest lap of that race was the only genuine indicator of the team's performance.

Ricciardo said he got another serious glimpse of its potential in the opening lap-and-a-bit in Bahrain.

"The weekend was going pretty good for us and I really believe our race car was even better," said Ricciardo.

"I know I only did one lap but I could already see Kimi sliding on the rear tyres.

"I really felt like we were going to be in with a good chance, which makes it even more frustrating." 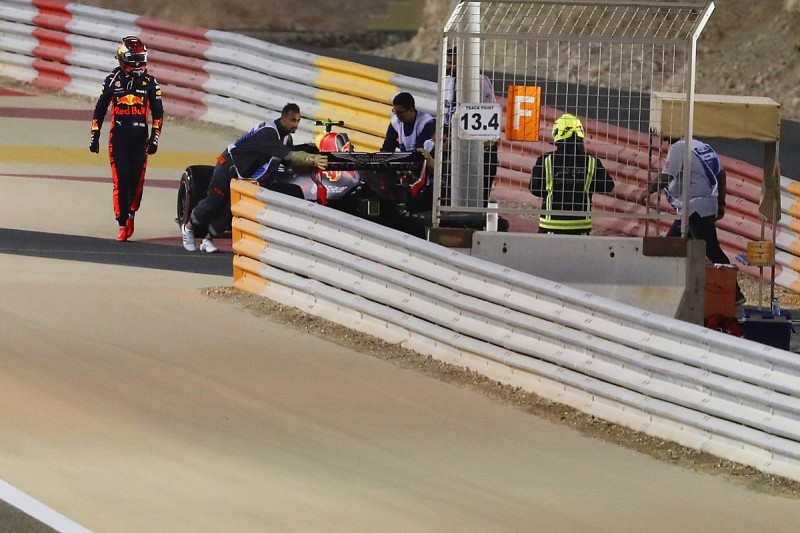 Red Bull had been expected to challenge for victory after recording the strongest long-run pace on Friday but its double DNF leaves it fourth in the constructors' championship, behind McLaren.

Horner called it a "bittersweet" start to the year and said the race was "brutally frustrating".

"I genuinely believe the last couple of races we've had a car capable of beating Ferrari and we don't have the points to show for it," he said.

"To have both cars retired within two laps is hugely frustrating. We've given a lot of points away.

"The energy store issue is under investigation but if that is the root cause it's the second one we've had this year, one in pre-season [and] one today [Sunday].

"That's an element beyond our control, and [had] a racing incident between two competitive drivers.

"Formula 1's full of ifs, buts and maybes. The only solace we can take is once again we genuinely feel we had a shot at a competitive race today."

Williams F1 driver Sirotkin: We looked like idiots from outside

How Mercedes squandered its victory chance