Williams F1 driver Sirotkin: We looked like idiots from outside

Sirotkin and team mate Lance Stroll started 18th and 20th, and finished in the reverse order on the road in 16th and 17th, although they subsequently gained places from time penalties handed to Sergio Perez and Brendon Hartley.

Despite the lack of pace from the car - which was slower than last year - Sirotkin tried to be upbeat.

"A tough feeling after tough weekend," said the Russian. "I know we looked like idiots from the outside.

"This is quite obvious to me, and probably the fact that I tried to find some positive in it will sound a bit weird, but I do see some positives.

"Partly with the learning I did as a driver, and learning we did as a team. I see some positives.

"Yes, we definitely looked bad in the results in the race, probably even worse than in qualifying.

"It is better not even to think about it. But the good point is that at least we kind of see more, start to understand the things more. 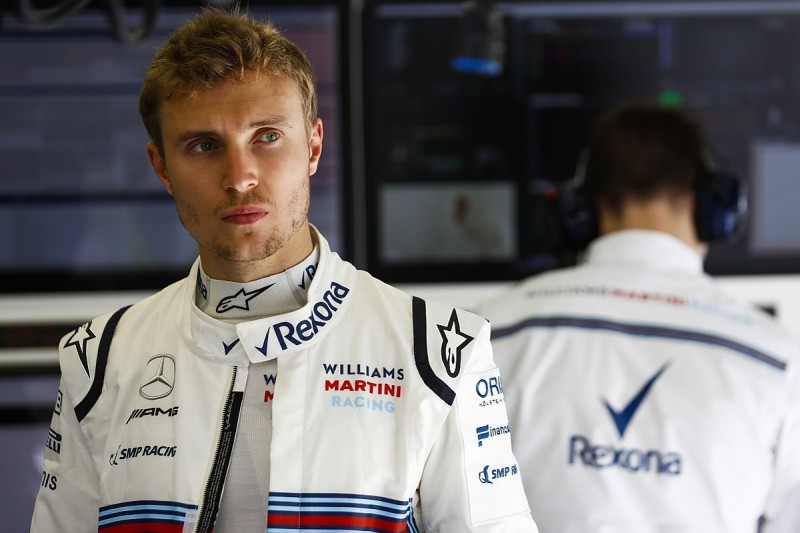 Sirotkin said the poor form is a surprise given the impression made when Williams launched its 2018 design, which appeared to be a radical step.

"If you just look at the car, we all agree that it looks like well detailed and well designed car," he said.

"Because we build the car, we know even more from the inside, so for us it is very big surprise, why we don't get the numbers we want to get, why they are not coming."

Williams technical boss Paddy Lowe admitted he's struggling to get to the bottom of what's gone wrong with the package.

"There's a lot of things to understand," he told Autosport. "We've got to go away and work very hard on that.

"At least we have more data now. Something's gone wrong since Melbourne.

"Even there we weren't in great shape - but nothing like [in Bahrain]. We'll see what we can learn in the next few days before we arrive in China.

"There's nothing obvious - we've done all the obvious things. If we knew the answer we wouldn't be in this situation right now. We're just not looking quick.

"It's a time for the team to pull together, stay calm and go away and do the right amount of work in the right areas and see what we can do for China."