The two cars were seen slowing in Q3 in an apparent disagreement over who should run in front, with Ricciardo attempting to let Verstappen past.

Verstappen asked "what is going on?" and when advised by the team to "just overtake him" replied: "No. Last weekend I was in front and now he is in front. Come on, man."

Urged again to overtake, Verstappen replied "no, it is discipline" and was then told to "just focus".

The Red Bulls ended up fifth and seventh on the grid, Verstappen and Ricciardo sandwiching Romain Grosjean's Haas.

Ricciardo clear afterwards how unhappy he was with the situation.

"I'm not too impressed to be honest," he told Sky Sports F1.

"We had three runs and I was just punching a hole for everyone. I think if you get one run, fair enough.

When asked to elaborate, Ricciardo just said: "We could have been more fair." 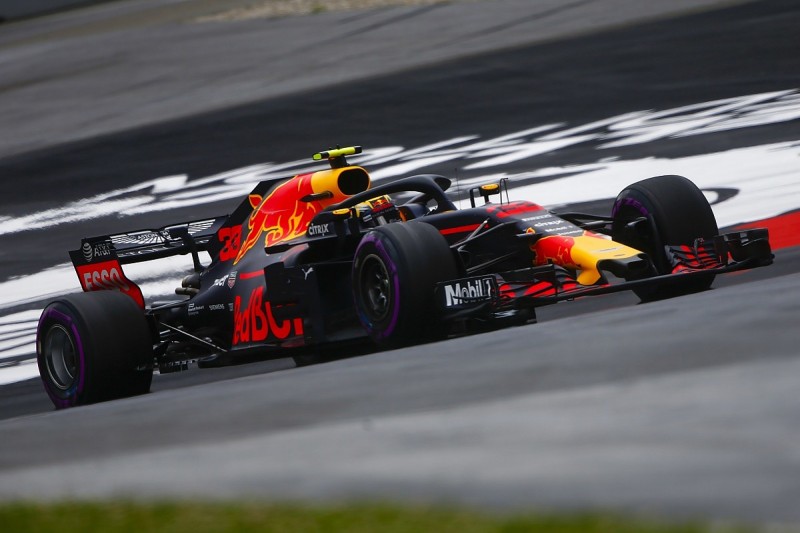 Verstappen was unmoved by Ricciardo's complaints, and said that an established team policy of one driver running in front each weekend should have been respected.

"We always agree before the weekend who is going in front," he said.

"So we just discussed that - this was his weekend to go in front. That's how it is. It's very simple.

"Every run in Paul Ricard I was in front, so we have to do the same here."

Despite Ricciardo's unhappiness, Verstappen did not think the situation between them would be too difficult.

"That's what I did in Paul Ricard, so of course it's Daniel's turn here.

"Like I said, we always try to have the best possible position. But between us will be all good."