Ricciardo intimated that Verstappen had unfairly refused to give him a slipstream in Red Bull Ring qualifying.

Verstappen insisted team protocol was that they alternated who ran first in qualifying from race to race, and that Austria was his turn.

The disagreement had begun via team radio as Ricciardo slowed on track and tried to encourage Verstappen to pass him.

Horner said there was never any suggestion that the usual team plan would be changed.

"They know the situation. There is nothing to explain," he told Sky Sports F1.

"We have a very simple policy here that has operated for the last seven years that we alternate from weekend to weekend who drives out of the garage first.

"That is the only way to keep it as scrupulously fair from circuit to circuit. 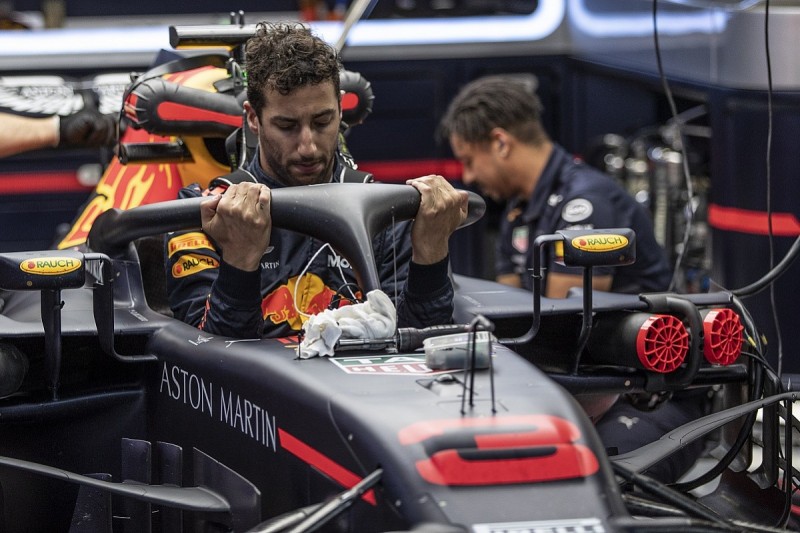 "So this weekend it was Daniel's time to drive out of the garage first in front of Max, and obviously he felt that Max might be benefiting from that.

"So that is why he obviously started to back up a bit."

Horner said Red Bull operated numerous policies - right down to behaviour in team debriefs - to ensure that neither of its drivers is favoured.

"The drivers know explicitly every weekend it alternates," he added.

"Even in the debrief, from weekend to weekend, it varies on who talks first.

"It is the way to keep it as scrupulously fair as we can."