After spending all-but-two of its 14 seasons with Renault power, Red Bull has switched to Honda for this season and ended an increasingly acrimonious relationship with the partner with which it won its world championships.

Red Bull has talked up Honda since inking a two-year deal in the middle of 2018, declaring it had surpassed Renault before the end of the season.

The team's motorsport advisor Dr Helmut Marko believes planned gains for 2019 should put Red Bull in the "region" of F1's current benchmarks Mercedes and Ferrari, and have triggered "a real euphoria" and "a sense of optimism" within the team.

He referenced the 'party mode' term used to describe the more powerful settings that the top engines are able to switch to for qualifying laps.

"The figures make us really optimistic, also with regard to the increase in performance," Marko told Autosport.

"For the first time we can also celebrate with a 'party mode'!

"The Honda engine is already slightly above the Renault engine. If you combine our GPS data with the data provided by Honda, we'll be in the Mercedes and Ferrari region.

"Of course they're not sleeping either. But they are already at such a high level that they can no longer make such jumps.

"Even if we should be 10 or 15 kW behind, that was no different in our Renault era with the eight-cylinder engine. We can make up for that."

Christian Horner, Red Bull team boss, said at the end of 2018 that "an extra 40kW" could have changed the complexion of the season.

Red Bull won four grands prix last year but also suffered from ongoing reliability problems and Renault admitted it had not made the progress it expected in performance terms. 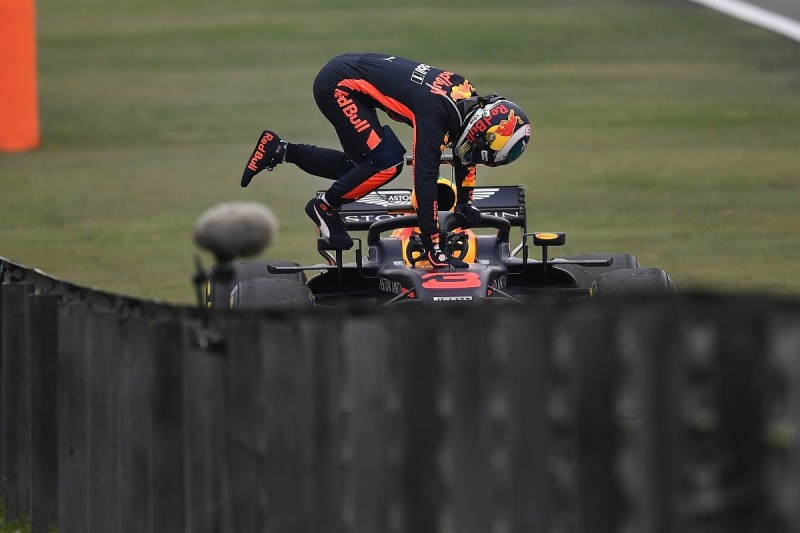 It had its own minor reliability setbacks but was buoyed by its overall durability and performance developments, although Marko anticipates Red Bull will not have a seamless first season with Honda.

"We are aware that it will probably be difficult with reliability," said Marko.

"Most probably we won't be able to get through the season on three engines.

"But if you choose the right tracks, you can be back at the top in a few laps.

"That will be the concept, that we consciously accept engine penalties if necessary."

Marko also said Red Bull had been "portrayed as the big whiners" at times with Renault but insisted the figures spoke for themselves.

"We were in the B category right from the start," he said. "We lacked up to 70bhp in qualifying.

"Depending on the racetrack it became less, but on average we were always at least 40bhp behind.

"Our GPS data clearly shows how much we lose on the straights and how much we win in the corners.

"When the Ferrari power was at its peak, the difference was even more extreme."

How Binotto will change Ferrari for the better