F1 cars will have simplified front wings and bargeboards, along with other small changes, this year in a bid to reduce their sensitivity in dirty air and make the quality of racing better.

The changes are a precursor to a much bigger car design revamp that is planned for 2021 as part of a wider overhaul of F1.

Tost told Autosport that F1, which introduced an upgraded set of higher-downforce rules in 2017 to create the fastest grand prix cars ever, needs to take the opportunity to eliminate the dependence on downforce.

"We have so much downforce, which means high corner speeds, no-one can follow because of the dirty air behind and we have hardly braking zones," said Tost. "How should you overtake?

"That means the FIA, FOM - and there are the experienced people over there, like Ross Brawn, Pat Symonds - they know exactly what you should do: to come down with aero side, with the downforce.

"I would cut minimum 40-50% of the current downforce, to make the car much more unstable in the corners.

"Then people see that drivers have to fight with the car.

"Cars will be much faster on the straight, you have chances to overtake someone - because of [increased] braking - and you can follow in the corners.

"This regulation could be easy to be realised. They just have to want it." 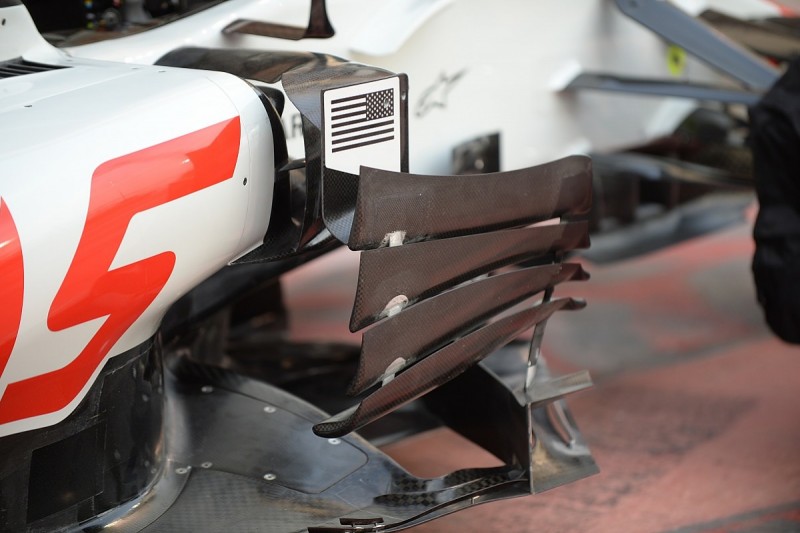 Tost said the drivers are the only people who "feel and recognise" the performance of the current cars.

He argued that this renders the high cornering speeds redundant in terms of what fans experience and only contributes to a negative spectacle.

However, Tost fears that much like a mooted cost cap - which he is in favour of, but bigger teams are showing signs of resistance towards - lowering downforce levels significantly would be blocked.

Asked who is against his proposal, Tost said: "The teams! Never ask the teams. "[The rulemakers need to] come with the regulations, [say] 'accept or go'. But they ask the teams.

"They come to the Technical Working Group.

"Who is in the Technical Working Group? Engineers.

Renault should be 'scared' of Haas for 2019 Formula 1 season