Kimi Raikkonen has announced he will retire from Formula 1 at the end of the 2021 season.

The 2007 F1 world champion, Raikkonen was out of contract with Alfa Romeo at the end of the year and widely expected to leave the team.

The Finn has now confirmed he will be leaving F1 at the end of the season, calling time on a career in the series spanning over 20 years.

Raikkonen revealed the news on Instagram on Wednesday evening ahead of this weekend’s Dutch Grand Prix at Zandvoort.

“This is it. This will be my last season in Formula 1,” Raikkonen said.

“This is a decision I did during last winter. It was not an easy decision but after this season it is time for new things.

“Even though the season is still on, I want to thank my family, all my teams, everyone involved in my racing career and especially all of you great fans that have been rooting for me all this time.

“Formula 1 might come to an end for me but there is a lot more in life that I want to experience and enjoy. See you around after all of this! Sincerely Kimi.”

Raikkonen’s retirement opens up a coveted seat at Alfa Romeo for the 2022 season, which looks set to be filled by current Mercedes driver Valtteri Bottas should he be replaced by George Russell for next year.

Alfa Romeo is yet to confirm whether Raikkonen’s team-mate, Antonio Giovinazzi, will return for next season, having run an unchanged line-up for the past three years.

Raikkonen made his F1 debut with Sauber in 2001 as a relatively-unknown racer who had jumped up from Formula Renault, but scored points on debut and quickly established himself as one of the brightest young talents on the grid. 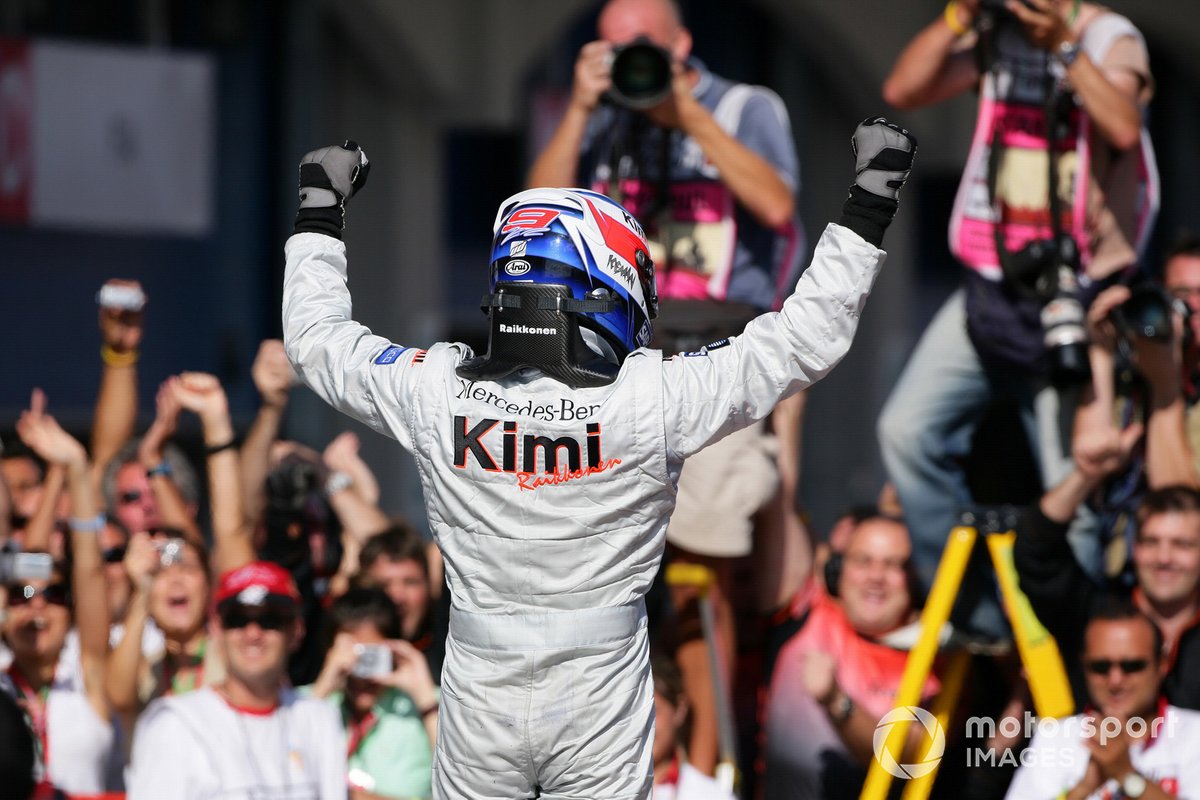 Raikkonen replaced Mika Hakkinen at McLaren for the 2002 season, and took his maiden victory the following year as he finished second in the championship.

A move to Ferrari in 2007 yielded his first world title, pipping Lewis Hamilton and Fernando Alonso by a single point in a dramatic Brazil finale, but he would struggle to reach such heights again.

Archive: The ups and downs of Raikkonen's 2007 F1 title triumph

A two-year break from F1 in 2010 and 2011 saw Raikkonen dip his toe into other ventures, such as rallying and even NASCAR. It helped renew his passion for racing in F1, with Raikkonen long crediting the break as being instrumental to his career continuing for as long as it did.

PLUS: In his own words - The secret to Raikkonen's F1 longevity

Raikkonen returned with Lotus in 2012 and scored two wins for the team, but left the cash-strapped outfit two races before the end of the 2013 season to undergo back surgery ahead of a return to Ferrari.

After a slow start to life back at Maranello, Raikkonen’s form gradually improved, paving the way for his first victory in over five years at the 2018 United States Grand Prix en route to third place in that year’s championship.

Ferrari’s decision to sign Charles Leclerc for 2019 resulted in Raikkonen returning to Sauber, where his F1 career had started, albeit under the Alfa Romeo name.

He recorded a best race finish for the team of fourth at Interlagos 2019, but has failed to cross the line any higher than ninth since then after seeing Alfa Romeo’s form take a dip. So far this season, Raikkonen has scored two points, finishing 10th in both Azerbaijan and Hungary.