Over the course of the weekend, Pirelli discovered what it described as "an anomalous amount of detritus" on the track that led to a total of 63 cuts in its tyres.

The FIA acknowledged a willingness to consider any safety recommendations, with the idea of some form of standardised circuit cleaning being reviewed.

"As you can imagine it's not actually our job to define the process," Hembery said.

"But given the discussions we've had with the FIA I believe there is a recognition that maybe there needs to be a definition of a type of system that is used to clear the track, in particular when there are incidents.

"That could be a certain type of equipment used around the world to allow a standardised cleaning procedure.

F1 marshals currently use brooms for sweeping away debris and pieces of carbon fibre following incidents.

In America, and at several European venues, motorised vehicles fitted with giant, directed fans are in operation. 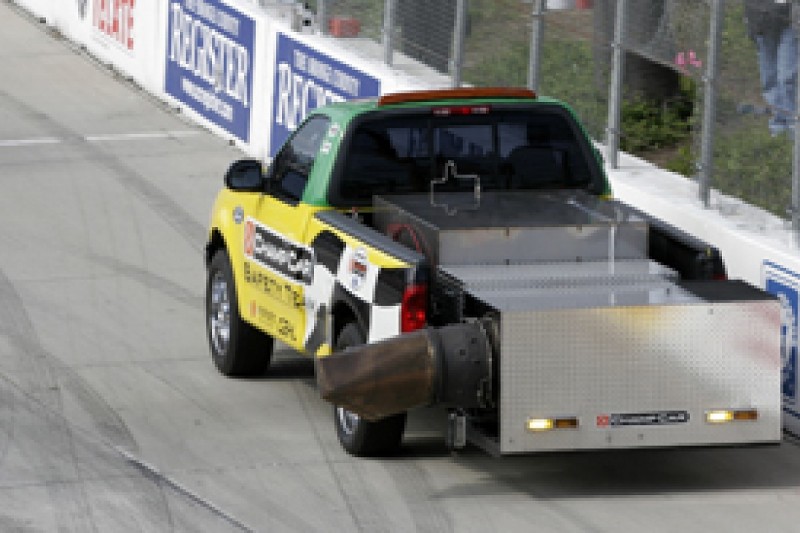 "That is the sort of thing I'm suggesting," added Hembery.

"Maybe there is something that could be done, that doesn't involve massive expense, which provides a standardised process. Maybe a blower of some sort that can go on to the track when there are incidents.

"Some incidents do leave a significant amount of debris on the track, large pieces of car in some instances. It's something we've talked about for quite a while.

"In fairness, the FIA take these things very seriously and they are looking at some ideas and proposals."

Daniel Ricciardo expects Red Bull to stay in F1 in 2016